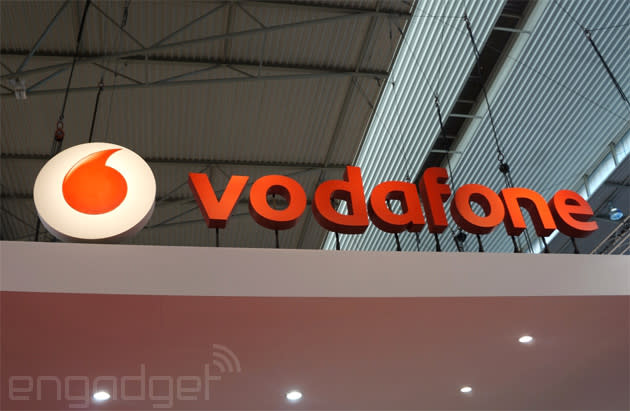 Gone are the days when we thought governments could only access our phone calls through official, naive-sounding procedures like "warrants." Nevertheless, it's only now, after the whole Snowden / NSA blow-up, that companies like Vodafone are trying to be more transparent. In a 40,000-word "disclosure report," the multinational carrier says that "a small number" out of the 29 countries in which it operates demand to have "direct access to a phone operator's network," thus "bypassing" any control the operator might otherwise have had over the privacy of its customers. Needless to say, Vodafone doesn't call out any of the culprit nations by name, since doing so would breach the same laws that it agreed to uphold in order to business with them in the first place.

This isn't the first time Vodafone has faced controversy due its dealings with various governments. During the Egyptian revolution of 2011, for example, it sent text messages to all its Egyptian subscribers, supporting the dictatorship of President Mubarak and describing protestors as "criminals." Even today, Egypt is one of six countries that refuses to let Vodafone publish any information about government wiretaps, alongside India, Qatar, Romania, South Africa and Turkey. (Note: We can't necessarily infer that these are same countries that insist on having direct eavesdropping access.)

To be fair, Vodafone wasn't the only operator to send dodgy text messages in Egypt, and the company's new disclosure report emphasizes that it's simply obeying national laws that other carriers are also forced to stick to. In other words, many phone companies may have sold to their souls, it's just that Vodafone is now brave enough to give us a glimpse at the receipt.
In this article: disclosure report, mobilepostcross, nsa, privacy, snowden, spying, vodafone
All products recommended by Engadget are selected by our editorial team, independent of our parent company. Some of our stories include affiliate links. If you buy something through one of these links, we may earn an affiliate commission.