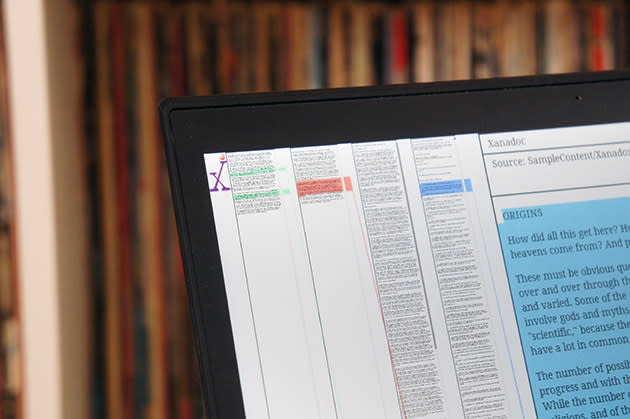 In 1960 Ted Nelson, the man who coined the term "hypertext", began work on his magnum opus -- Xanadu. In late April, after 54 years of development, the complex document builder and viewer was finally released with little to no fanfare at a Chapman University event. The concept behind the software should seem pretty familiar: documents could be embedded with clickable links that led you to directly to the quote or referenced information within another document. Clicking wouldn't close the primary document though, instead all of the source material is displayed simultaneously, shrinking down to stay out of the way, or scaling up for side-by-side comparisons when you need it. Had it not been for an unfortunate series of setbacks, we could have been talking about Ted Nelson as the father of the World Wide Web, instead of Tim Berners-Lee. But a lack of resources, especially money, meant that development dragged on for decades. Nelson doesn't think Xanadu is dead on arrival, though. While it may be too late to conquer the web, he believes it could take on the mighty PDF. The color-coded links and direct connections to reference material could prove quite useful in legal or research documents. Not to mention a handy way to archive web sites.

In this article: development, hypertext, ted nelson, world wide web, xanadu
All products recommended by Engadget are selected by our editorial team, independent of our parent company. Some of our stories include affiliate links. If you buy something through one of these links, we may earn an affiliate commission.