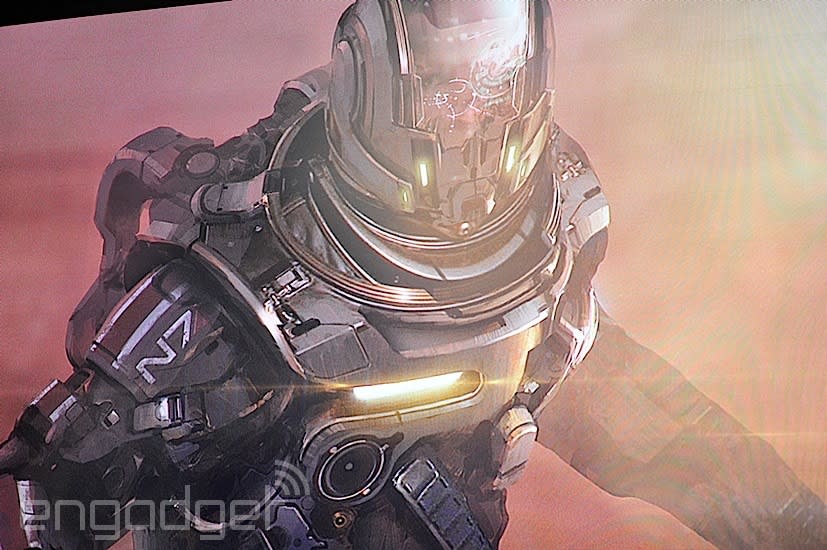 Prepare for a huge tease Mass Effect fans: Bioware showed off some "conceptual footage" of the game's next installment at Electronic Arts' E3 event. While we didn't get much in the way of actual gameplay footage, Bioware did go on at length about how fan feedback has helped to shape the new title under development at its Montreal Studio. The developers also hinted that the game would give players the opportunity to "pick a planet, fly there and see what to discover." Though no release date was given.

Beyond a new Mass Effect, Bioware's Edmonton studio's also working on a brand-new IP. And it showed off even more concept designs to back that up. Again, we don't have much more to go on for the title aside from Bioware's focus on creating a fully fleshed out fictional world. Expect to hear more on that title later this year. Should you want a peek at what was shown today, check out the video embedded below.

In this article: bioware, e32014, EA, masseffect
All products recommended by Engadget are selected by our editorial team, independent of our parent company. Some of our stories include affiliate links. If you buy something through one of these links, we may earn an affiliate commission.