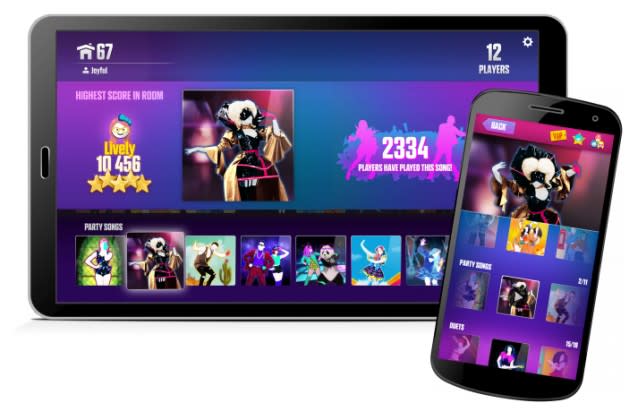 Ubisoft's just kicked off its E3 presser with a look at Just Dance 2015 which is -- let's be honest -- expected and not all that exciting. But the company also has a trick up its sleeve for this new edition of the motion-controlled dancing game: online multiplayer from any connected device. The service, called Just Dance Now, lets any player with a smartphone, tablet (Android or iOS), smart TV or PC join in the game using the accelerometer on their phone. And, according to Ubisoft, there's no upper limit on how many players can connect at once using the Just Dance Now app, which the company demoed using a song by 'ol Lady Gaga.

In this article: app, e32014, hdpostcross, JustDance, JustDance2015, JustDanceNow, mobilepostcross, multiplayer, online, Ubisoft, video
All products recommended by Engadget are selected by our editorial team, independent of our parent company. Some of our stories include affiliate links. If you buy something through one of these links, we may earn an affiliate commission.