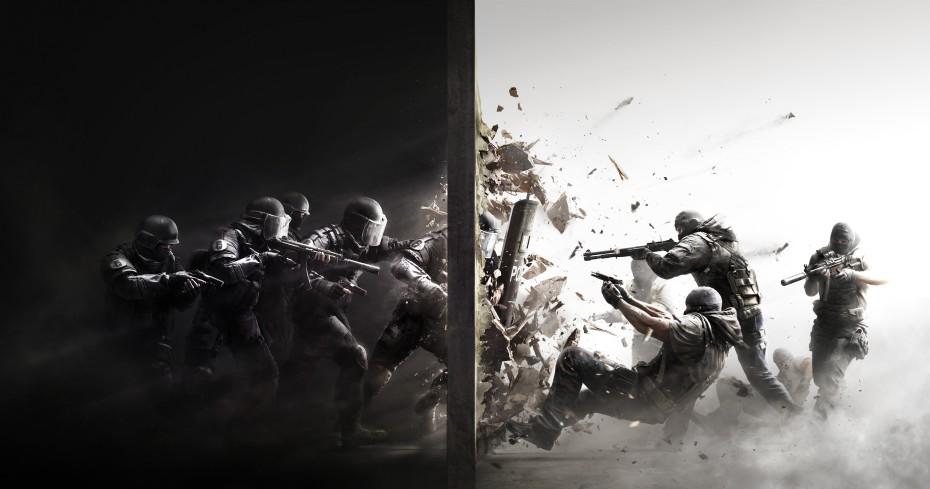 Worried the Tom Clancy universe of games wouldn't be as widely represented on next-gen consoles? After giving us a new peek at The Division Ubisoft doubled up with this multiplayer match from Rainbow 6: Siege. The video displays two teams (Raven and Rogue) fighting over a hostage, with the action and interactive environments we've gotten used to from the series. As one of the developers described it on the livestream, this one is all about building up your own defenses and/or breaking down the other team's to survive attacks. He also said this is a completely different project from the Rainbow 6:Patriots game that went back to the drawing board last year. It has deformity and destruction of environments so you can shoot through walls and other objects, and he promised campaign, co-op and competitive modes would be included. Scheduled for 2015, it's coming to PS4, Xbox One and PC. Check after the break to watch the video clip yourself and come back here at 9PM ET for Sony's E3 2014 press conference.

In this article: eg2014, hdpostcross, rainbow 6: siege, rianbow6, tom clancy, tomclancy, ubisoft, video
All products recommended by Engadget are selected by our editorial team, independent of our parent company. Some of our stories include affiliate links. If you buy something through one of these links, we may earn an affiliate commission.