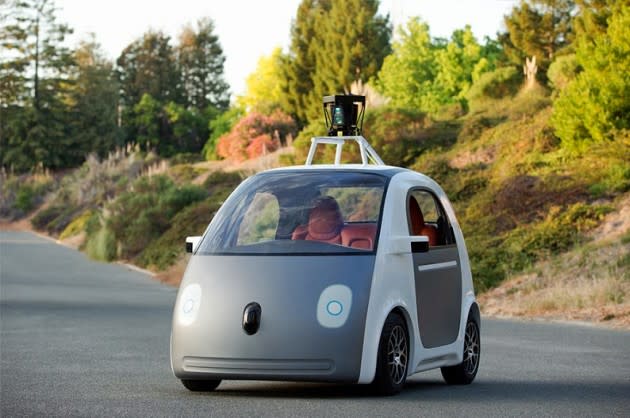 Not to be left behind by developments in the US, the UK government is set to rewrite road laws to allow self-driving cars on Britain's roads. According to Mail Online, science minister David Willetts has already opened discussions with the Department for Transport to help British companies develop their own driverless cars and encourage the world's car companies to do the same. Willetts' comments come just weeks after Google showed off its new self-driving prototypes that don't come equipped with a steering wheel, mirrors or pedals. As we've noted before, laws covering driverless cars are still new, with only a few US states, including California, Nevada, Michigan, Florida and the District of Columbia, giving them the green light (but require someone to sit in the passenger seat, at least for now). The UK government aims to follow suit, allowing researchers at Oxford University, who have pioneered a cheaper version of Google's self-driving tech, to legally test different driving scenarios on (hopefully quiet) British roads.

In this article: autonomous, cars, driverless, google, law, roads, self driving, uk government, vehicles
All products recommended by Engadget are selected by our editorial team, independent of our parent company. Some of our stories include affiliate links. If you buy something through one of these links, we may earn an affiliate commission.