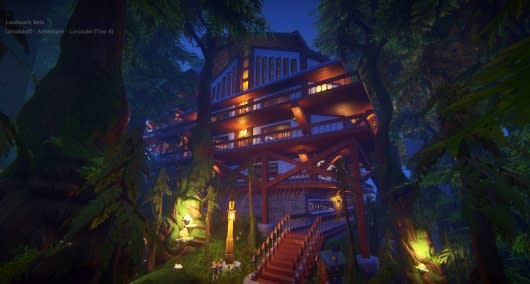 SOE President John Smedley is preaching the gospel of player-created content to any and all who will hear, saying, "Our player-driven development process is really at the core of who we are and who we've evolved into."

In a new interview with Fortune, Smedley talked about the approach that SOE is taking with its open development, player-created content, and community monetization opportunities. "What we're trying to do is to expose the development process to our players and get them excited, let them see the stuff we're making as early as possible and get their opinions on shaping our games," he said.

Smedley praised the "revolution" of Twitch streaming as a communication pathway, saying that it's helped players to truly understand what goes into making MMOs. He also pointed out how free-to-play has finally been embraced by the console crowd: "There's evidence now. It's fair to say that consoles took longer to get to free-to-play simply because the business model has been the same way for quite a while now. But they're seeing this amazing revenue generator from micro-transactions in free-to-play games."
In this article: eq, eq-next, eqn, everquest, everquest-next, f2p, fantasy, free-to-play, john-smedley, player-created-content, player-generated-content, player-studio, sandbox, soe, sony-online-entertainment, twitch
All products recommended by Engadget are selected by our editorial team, independent of our parent company. Some of our stories include affiliate links. If you buy something through one of these links, we may earn an affiliate commission.