Grumpy Cat dies at the age of seven

Grumpy Cat turns a genetic defect into a $100 million empire

Grumpy Cat's upcoming Christmas special could be the death of cinema 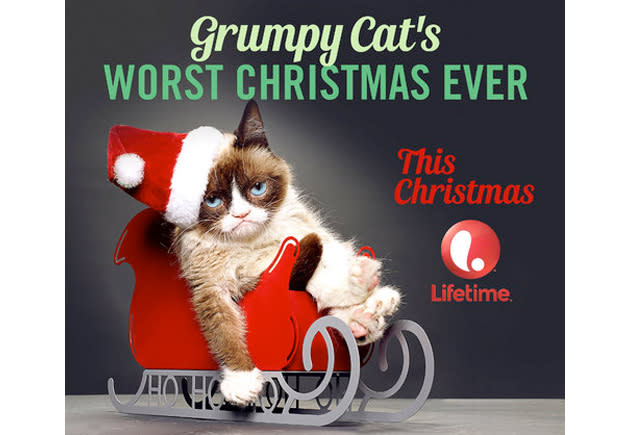 Scene: a theater full of people, laughing at images of butts with farting noises played as a soundtrack. It's satire from the world of Idiocracy, but we may not be that far off -- Lifetime has decided to make an actual motion picture out of a cat-meme. Grumpy Cat's Worst Christmas Ever, due out this holiday, is ushering us into an era of cinema where image-macros and animals with comical bone structure are considered legitimate foundations for motion pictures. It's bound to be a terrible age, but we shouldn't be surprised: we live in a world where crypto-currencies and media empires hail from similar beginnings. Lifetime president Arturo Interian expects the film to bring a "fun and irreverence" to the channel that its heartfelt programming typically lacks, explaining the film will a mash up between "Home Alone" and "Die Hard." Oh, and the script is being penned by one of the names behind Spongebob Squarepants: the Movie. Joy.

In this article: grumpycat, hdpostcross, lifetime, memes, movies
All products recommended by Engadget are selected by our editorial team, independent of our parent company. Some of our stories include affiliate links. If you buy something through one of these links, we may earn an affiliate commission.