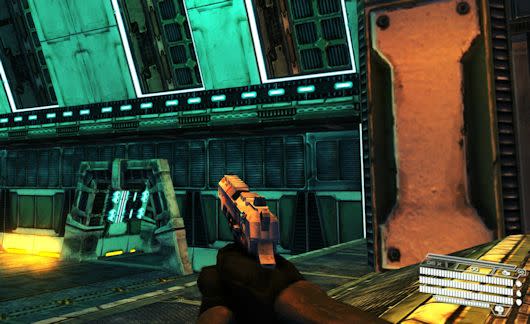 3000AD has today announced that Line of Defense will head into exclusive early access on Steam in July. The MMOFPS made noise about a beta test as far back as December of last year, but the studio has decided to combine the public beta with an early access program. The press release explains,

The first phase of Early Access will feature the Heatwave planetary starbase and the GCV-Starguard carrier in orbit around the Lyrius planet. New features and areas will frequently unlock as the testing phase progresses, including new levels, new vehicles, and new weapons leading up to the game's official release later this fall. [...] This staggered release allows the team to focus on each aspect of the game during the public Beta testing. Meaningful feedback from the public will enable the team to address issues, concerns and gameplay suggestions in a timely fashion as each aspect of the game is unlocked and extensively tested.

Early access purchasers will pay $99.99, which covers the game, an item kit valued at $69.99, special early access commander perks, and a copy of Line of Defense Tactics. The full release of the game is expected before the end of the year.
In this article: 3000AD, alpha, beta, early-access, line-of-defense, line-of-defense-tactics, line-of-defense-tactics-tactical-advantage, lod, steam
All products recommended by Engadget are selected by our editorial team, independent of our parent company. Some of our stories include affiliate links. If you buy something through one of these links, we may earn an affiliate commission.