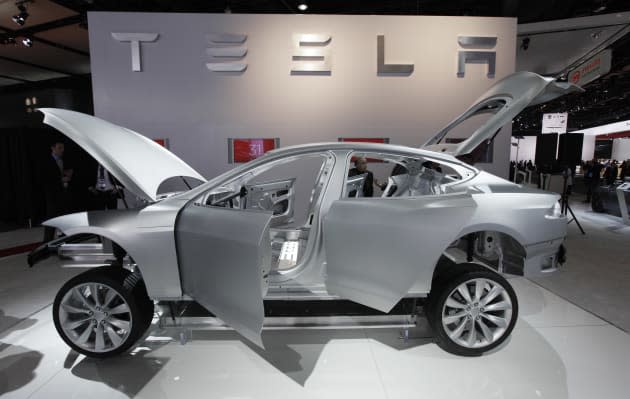 Following up on his promise from a few days ago, Tesla Motors CEO Elon Musk just announced (in a blog post tiled "All Our Patent Are Belong to You") the company is opening its patented technology for use by others. Saying it will not sue anyone who "good faith, wants to use our technology," Musk claims he's doing this to push electric vehicles as a whole, and points to gasoline cars as the true enemy. The problem he's trying to solve is that while 100 million cars are made every year, Tesla will only ever build a fraction of them and so far, other manufacturers haven't followed its lead with capable EVs. The two big questions now are whether anyone else will step up to the challenge of using the tech behind Tesla's cars and Supercharger network, and can Tesla benefit by open sourcing patented technology for use by others? Clearly Musk thinks so, hoping to inspire a "rapidly evolving" tech platform that brings the world zero emission cars for everyone -- here's hoping other tech giants follow his lead.

In this article: elonmusk, open source, patent, tesla, tesla motors
All products recommended by Engadget are selected by our editorial team, independent of our parent company. Some of our stories include affiliate links. If you buy something through one of these links, we may earn an affiliate commission.