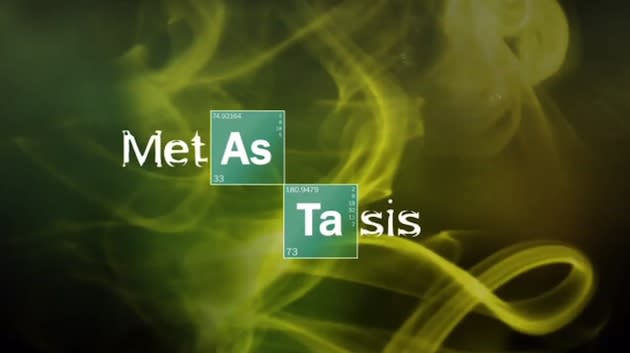 Sure, via Netflix (in 4K, soon) or on Blu-ray is a good way to watch the entire Breaking Bad series, but what if we told you there was a way to experience the show all over again for the first time? There's a Latin American version of the show called Metástasis, and while the meth adventures of Walter Blanco are airing nightly in the US on Univision networks, it's also available on streaming via Hulu -- but there's a catch. On broadcast TV and internet, there's no option for English subtitles, so while native speakers and telenovela fans may breeze right through, if your last "Que?" was during a high-school elective you're out of luck. To find out what you're missing (Colombia instead of Albuquerque, schoolbus instead of RV), check out an English-subtitled trailer for Metástasis after the break.

Die-hards may want to keep an eye out for fansubs or give Rosetta Stone a shot, as this show is blowing through the entire series over the next three months -- just in time for the premiere of spinoff Better Call Saul. The new eps are up on Hulu Plus already, and start flowing to the free Hulu streaming on the 17th. If primarily-English shows are more your speed, Hulu Plus did just add the full first season of The Bridge, the premiere episode of The High Road with Mario Batali, and the full run of The Real Housewives arrives today.

In this article: breaking bad, breakingbad, hdpostcross, hulu, hulu plus, HuluPlus, metastasis, spanish, video
All products recommended by Engadget are selected by our editorial team, independent of our parent company. Some of our stories include affiliate links. If you buy something through one of these links, we may earn an affiliate commission.