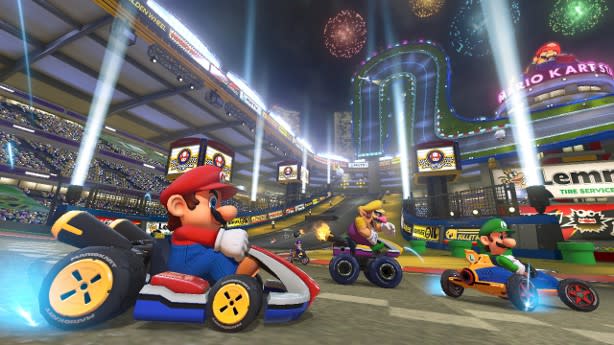 Looks like Mario Kart 8 was just what the doctor mechanic ordered for Nintendo's struggling Wii U; Nintendo of America president and COO Reggie Fils-Aime told Polygon that, compared to the week prior, Wii U sales quadrupled the week after the game's release.

Fils-Aime also noted that 18 percent of Wii U owners purchased a copy of the game in its first weekend, but this number likely includes sales of the game from the bundle that was offered upon release. Still, the numbers are nothing to sneeze at, as the game topped 1 million on release weekend, making it the fastest-selling Wii U game to date.

Now we wait to see which game for Nintendo's console, if any, will knock Mario Kart 8 out of first place with a well-timed blue shell.
[Image: Nintendo]
In this article: mario-kart-8, nintendo, reggie-fils-aime, sales, wii-u
All products recommended by Engadget are selected by our editorial team, independent of our parent company. Some of our stories include affiliate links. If you buy something through one of these links, we may earn an affiliate commission.