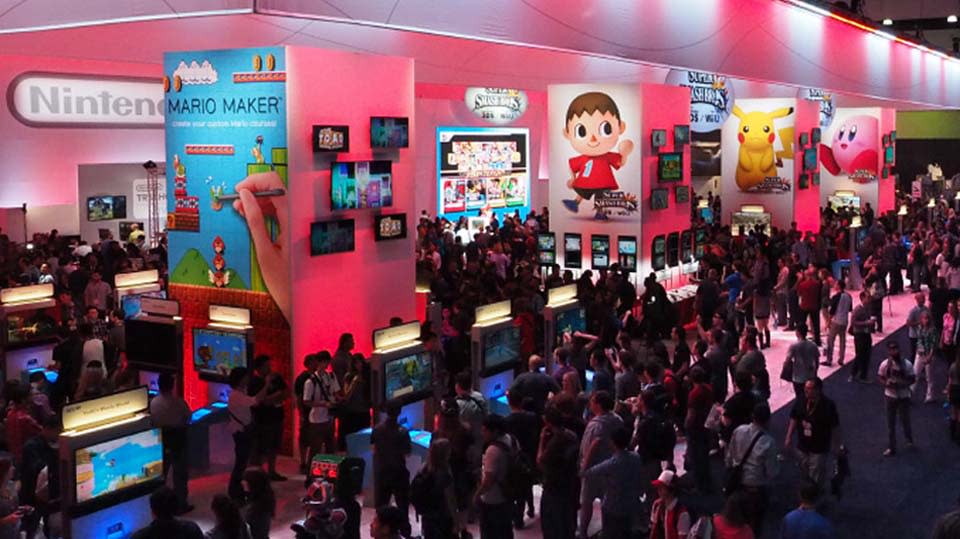 Nintendo's in a weird place. The company's got a game console that no one's buying, the Wii U, and it's the only place to play some of gaming's biggest franchises: Super Mario, The Legend of Zelda, Metroid, Donkey Kong. The list goes on. Nintendo's also got a tremendously popular handheld game console, the 3DS, but Wii U software was the focus of E3 2014. Rather than a press conference like in the past, Nintendo chose to unveil its E3 news in a digital venue: a Nintendo Direct video stream. Much of Tuesday morning's announcements were available to play at E3, impressions of which we've shared below.

And yes, we played a lot of Smash Bros.

For those who don't remember Kirby's Epic Yarn, the cutesy platforming game that came out on Wii in 2010, allow us to jog your memory. It's a standard Kirby platforming game -- relatively easy, the same chameleon mechanics Kirby is known for -- but the world (and all of its characters, including Kirby) is made of yarn. As if a fluffy pink ball of a character wasn't cutesy enough, eh?

In 2015, the Yoshi's Island-themed iteration of Epic Yarn is coming to Wii U in Yoshi's Woolly World. Like Yoshi games before it, you jump on enemies, consume them to create shootable eggs, and exaggeratedly jump across gullies as Mario's goofy green dinosaur. Like Epic Yarn, well, everything's made of yarn. Rather, it's made of "woolly" things this time around. The levels are gorgeous and look like real, living worlds, only everything's made of craft store items. Secrets abound, and the textured cloth effect is hidden everywhere. In the demo we played, there weren't any GamePad-specific features beyond off-screen play.

We're not exactly upset, but the GamePad not being featured was a theme among the demos we played.

Super Mario 3D World was a highlight of 2013, if not the best game released on game consoles last year. And a highlight of Super Mario 3D World was Toad's puzzle levels, wherein you navigate a twistable 3D maze using a light helmet-wearing Toad. They were a welcome aside, and a notable deviation from the usual Mario formula. Nintendo apparently recognized their excellence as well, awarding Toad his own game -- Captain Toad: Treasure Tracker -- and making the puzzles better than ever.

In 3D World, Toad's worlds were limited. In Captain Toad, they range in size dramatically, from the standard-ish 3D cube to a vertical world inside a volcano. On one puzzle, we had to carefully time our movements based on the attacks of a fire-breathing lava monster. On another, we struggled with deciphering the twists and nooks of a floating world. We're told it's not a digital game, but a full release; Captain Toad: Treasure Tracker arrives this holiday.

Oh, and most importantly, there's a button reserved for making Toad say silly things. Perfect. If we could somehow get a level that involves Toad wearing an astronaut suit on the Moon, that'd be great. Thanks Nintendo.

You'll have to excuse me as I break format here for a moment: I come to Super Smash Bros. for Wii U/3DS as a longtime player of the series and a total Smash nerd. I'm going to restrict this piece to a broader approach, but I welcome your questions on Twitter. That said!

3DS control issues aside, both games play a lot like you'd expect. Nintendo favorites return and new favorites are added; it's the same raucously fun affair it's always been. We loved Little Mac -- he's fast and brutal -- and Samus -- she's better than ever. Mega Man was seemingly less powerful than we expected, but with only 10 rounds to play, we'll need much more time before leveling any real judgment. Though the 3DS version is noticeably pared down, both games are very pretty and run just as smoothly as we hoped. Both versions of Super Smash Bros. are set to arrive this holiday, with the 3DS version launching a bit sooner in October.

The folks behind Dynasty/Samurai Warriors were given access to the world of The Legend of Zelda. The result is Hyrule Warriors, a third-person action game that revolves around quickly disposing of large quantities of enemies to achieve an ever-changing set of goals. It's fun, quick, and light. There are plenty of Zelda references embedded, from the loading screen 8-bit animation to the trademark jingle that plays when treasure chests are opened, but this is pretty far from a main series Zelda game.

Hyrule Warriors is fine, but nowhere near the grandeur or delivery of a standard Zelda entry. Sadly, all we have for now is a 2015 window and a brief tease of the actual next series entry from longtime producer Eiji Aonuma.

We're not even gonna bother with this one -- check out Brad Molen's lengthy writeup right here. We can confirm that Mario Maker is a treat!

In this article: 3ds, e32014, hdpostcross, mariomaker, nintendo, supersmashbros3ds, supersmashbroswiiu, video, wiiu
All products recommended by Engadget are selected by our editorial team, independent of our parent company. Some of our stories include affiliate links. If you buy something through one of these links, we may earn an affiliate commission.