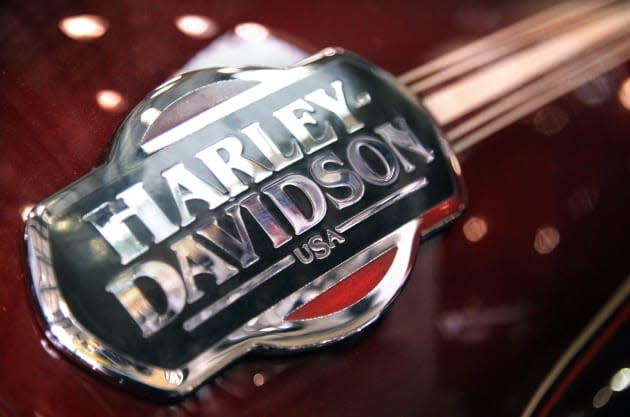 The sound of a Harley-Davidson roaring down the street is unmistakable, but it's looking like the Milwaukee-based motorcycle company could be going a bit quieter with its next model. The outfit posted a teaser video (embedded after the break) today with a bike briefly zooming down a section of Route 66, and while there isn't a clear look at the ride in question, the sound it makes is kind of startling considering the trademark bar-and-shield logo attached to the clip. The supposed two-wheeler doesn't sport the typical rolling thunder synonymous with the American motorcycles, but instead it sounds like a jet-engine taking off as it screams past the camera -- basically confirming suspicions the internet's had about an upcoming electric-engine hog. Whether it'll best the Lightning LS-218 on the quarter mile remains to be seen, however. Any other speculation should be cleared up relatively soon as the video is simply titled "06.19.14." with an accompanying countdown set to expire tomorrow at 8AM ET.

In this article: ElectricMotorcycle, EV, HarleyDavidson, motorcycles, transportation
All products recommended by Engadget are selected by our editorial team, independent of our parent company. Some of our stories include affiliate links. If you buy something through one of these links, we may earn an affiliate commission.