AI-generated painting sells for $432,000 at auction

Christie’s will auction AI-generated art for the first time

Isaac Newton text is the most expensive science book sold 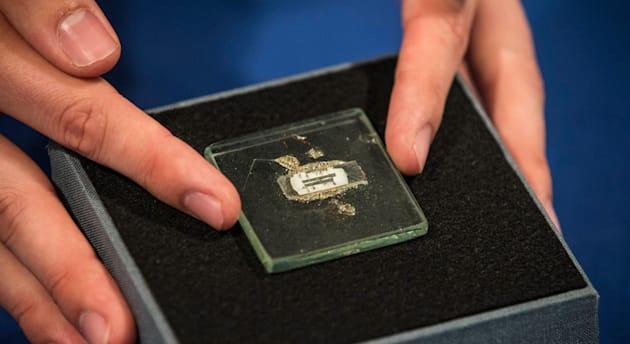 Without the integrated circuit (IC) basically none of the things you take for granted in your life would exist. And it's not just your smartphone, tablet or laptop. Your TV, microwave even your car is loaded with microchips. Auction house Christie's will be selling-off an early prototype of the integrated circuit built by Jack Kilby in 1958 while he was working at Texas Instruments. That was the year that he, along with Robert Noyce, first demonstrated a functioning IC which combines multiple electronic functions on a single slab. Most often that is silicon, but in the late 50s Kilby turned to germanium. Now you have a chance own a piece of computer history, which Kilby and his team eventually one a Nobel Prize for in 2000. Of course, you'll need to come up with the estimated $1 to $2 million the chip is expected to fetch at Thursday's auction.

In this article: christies, IC, integrated circuit, Jack Kilby, JackKilby, microchip, robert noyce, Texas Instruments
All products recommended by Engadget are selected by our editorial team, independent of our parent company. Some of our stories include affiliate links. If you buy something through one of these links, we may earn an affiliate commission.