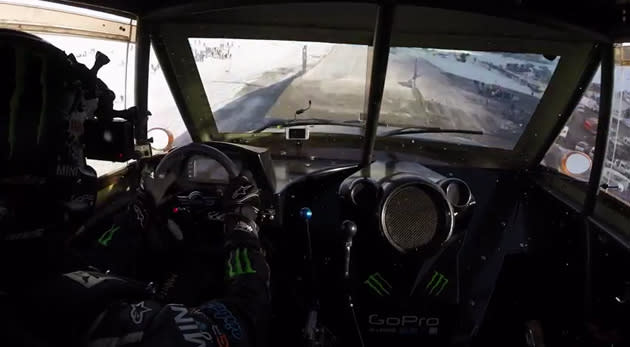 GoPro is trying to build a media empire by capturing moments that other video cameras sometimes miss, and it just might achieve that feat if its latest (and arguably most dramatic) footage is any indication. The company mounted its action cams in the car of Guerlain Chicherit hoping to catch a record-setting jump, but instead caught what it's like to survive a horrifying crash. The clip is cringe-inducing, even if you've seen your fair share of in-car replays -- Chicherit can't do much more than prepare for the worst as his modified Mini tumbles end over end. He thankfully escaped with minor injuries, but the resulting movie is an especially stark reminder of just why stunt driving is so dangerous.

In this article: actioncamera, camera, car, crash, gopro, guerlainchicherit, jump, mini, minicooper, transportation, video
All products recommended by Engadget are selected by our editorial team, independent of our parent company. Some of our stories include affiliate links. If you buy something through one of these links, we may earn an affiliate commission.