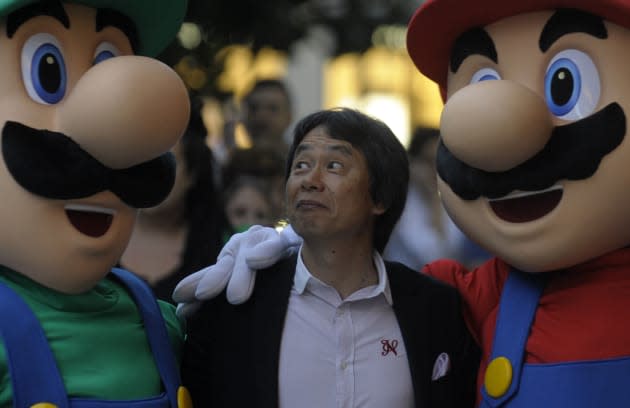 Nintendo's financial struggles are well noted, but a new interview with the gaming giant's Shigeru Miyamoto reveals that its experiencing some creative hardships too. For example, the differences in architecture between the Wii U and the 3DS handheld have made developing games that are playable on both systems (a la what Sony has been doing with certain PlayStation 3/4 and Vita titles for the past few years) a pain for the company, according to Kotaku. Miyamoto says that moving forward, Nintendo is looking at what it can do to bring the two development environments together -- something that could open the door to buying a game once and playing it on either a home console or a handheld.

If you have a more unified development environment and you're able to make one game that runs on both systems instead of having to make a game for each system, that's an area of opportunity for us.

Considering how the company has addressed the complaints leveled at it recently, specifically regarding the shortcomings of the Wii U, this bodes well for whatever Nintendo has planned for the future. It's important to note, however, that when Miyamoto speaks about these new possibilities that he doesn't specify if they'll make it to current hardware. Whether that means they're features that'll appear on the in-development new console or something else entirely is anyone's guess.

In this article: 3ds, cross-buy, CrossBuy, hdpostcross, nintendo, ShigeruMiyamoto, WiiU
All products recommended by Engadget are selected by our editorial team, independent of our parent company. Some of our stories include affiliate links. If you buy something through one of these links, we may earn an affiliate commission.