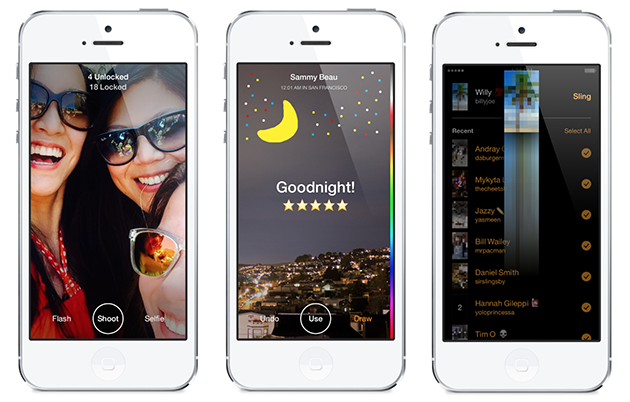 Facebook launched its not-so-subtle Snapchat competitor Slingshot last week, but only for the US audience. That period of exclusivity has turned out to be quite short-lived, however, as today the new way to socially network is available worldwide. So, to give it a go, all you need is an iOS or Android device, and some friends to "sling" stuff at. Images and videos shared through the app disappear after being viewed, just like Snapchat, but Slingshot is intended more for mass-broadcasting to groups of friends. It also demands you get involved, rather than just observe. If you want to see a picture sent by a friend, for example, you have to "unlock" it first by offering something in return. Slingshot is a standalone app, too, so even you Facebook-phobics can start slinging pictures of your 35 adorable felines by signing up with just a phone number.

In this article: facebook, mobilepostcross, slingshot, snapchat, socialnetwork, SocialNetworking
All products recommended by Engadget are selected by our editorial team, independent of our parent company. Some of our stories include affiliate links. If you buy something through one of these links, we may earn an affiliate commission.