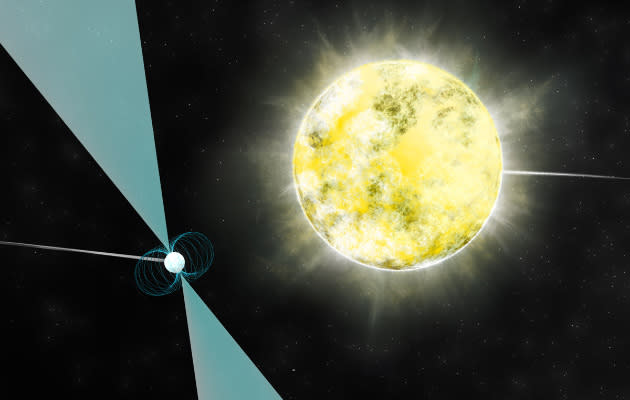 The world's largest diamond, the Cullinan, is a tad over 3,100 carats uncut. Its estimated value is some $2 billion, and it only weighs about 1.37 pounds. That stone, while enormous relative to others like it, is but an invisible speck when up against the Earth-sized diamond discovered 900 light years from our planet. PSR J2222-0137, a pulsating companion to a white dwarf star located near the constellation Aquarius, has an incredibly low temperature of about 5,000 degrees Fahrenheit. It's the coldest such object that astronomers have ever detected -- so cool, in fact, that it's likely composed of crystallized carbon, much like the diamonds we treasure so greatly. Ultimately, while an exciting development, it would take 10 lifetimes traveling at the speed of light to reach this interstellar discovery, so don't expect an influx of those coveted clear jewels anytime soon.

In this article: astronomy, diamond, diamonds, space, star, stars
All products recommended by Engadget are selected by our editorial team, independent of our parent company. Some of our stories include affiliate links. If you buy something through one of these links, we may earn an affiliate commission.