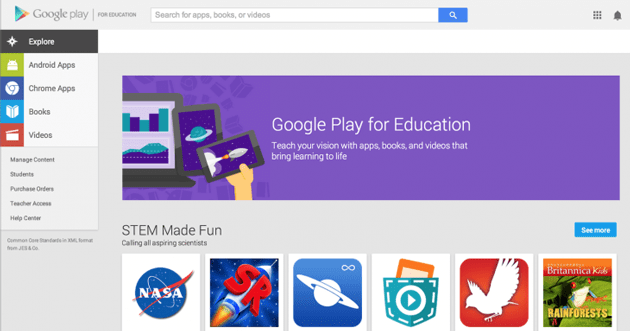 If Google really is on a quest for global domination, as some folks loudly proclaim, then it's wisely starting its efforts in the classroom. In addition to attracting schools to its Chrome OS platform, via low-cost Chromebooks, it's now also offering them access to the "Google Play for Education" hub through those devices. This hub contains apps, books and videos that are especially tailored to kids plowing through their primary and secondary education in the US, and it was previously only available to those who had a school-provided Android tablet.

In this article: chrome os, chromebook, education, google, google play for education, k12, school
All products recommended by Engadget are selected by our editorial team, independent of our parent company. Some of our stories include affiliate links. If you buy something through one of these links, we may earn an affiliate commission.