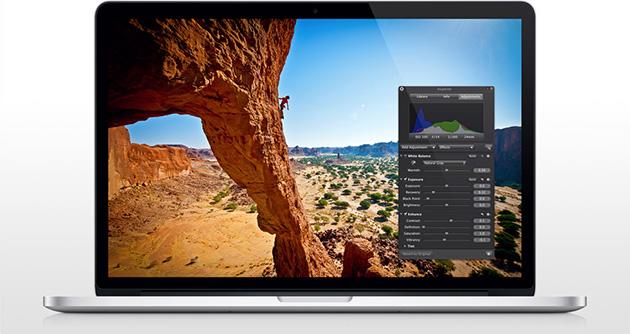 Apple's pro photo editing suite Aperture is coming to the end of its life. In 2005 Cupertino decided to take on the entrenched powers in that field, including Adobe, but clearly the company has decided there are better uses for its resources. Instead, with the next version of OS X, will be ushered towards a new app called Photos. Apple will even provide a tool for seamlessly moving your existing library to Photos. While it may pack some of the more advanced editing features of Aperture, the new app is actually aimed more at replacing iPhoto (which will also be getting the boot). Users that are unwilling to give up Aperture can rest assured that will provide compatibility updates for OS X Yosemite, but there will be no other changes to the software. For those that would rather move over to the Adobe family, there's always Lightroom, which is part of the Creative Cloud suite and has proven popular. Of course, that means paying a $10 monthly subscription. It's less than ideal, but at least Lightroom has a history of frequent updates.

Update: This story originally stated that Apple was building a tool to aid those looking to transition to Lightroom. Instead the tool is for moving users to Photos. Apple is, however, working to provide documentation for those that wish to move to Lightroom.

In this article: Aperture, apple, iphoto, Lightroom, os x, Photos, yosemite
All products recommended by Engadget are selected by our editorial team, independent of our parent company. Some of our stories include affiliate links. If you buy something through one of these links, we may earn an affiliate commission.