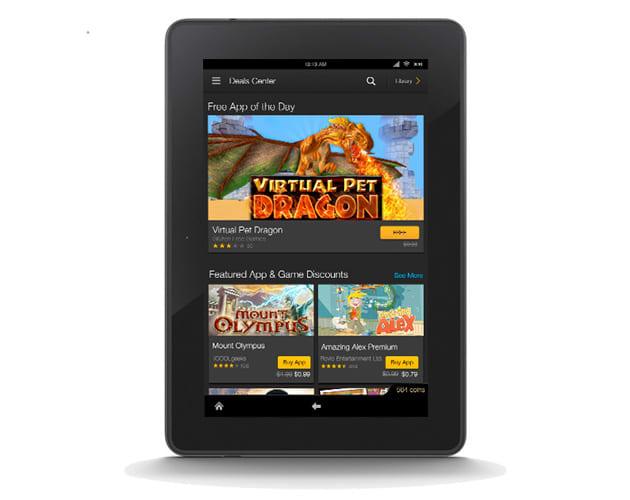 Looking for a deal? Amazon's trying to make it a little easier for you. The company just announced on its developer community page that the Amazon Appstore is getting a new section: Deal Center. The feature is exactly what it sounds like -- a central location that lists discounted apps and special offers, such as apps that give customers Amazon Coins with purchase. Amazon says the deal page was designed to help developers broaden their customer base, and developers don't have to do anything special to be featured in the Deal Center; it's mostly automatic. If you installed the Amazon Appstore manually, however, you're out of luck: Deal Center is only visible on Kindle Fire HDX and HD devices, at least for now.

In this article: amazon, amazonappstore, apps, appstore, deals, kindlefire, kindlefirehd, kindlefirehdx
All products recommended by Engadget are selected by our editorial team, independent of our parent company. Some of our stories include affiliate links. If you buy something through one of these links, we may earn an affiliate commission.