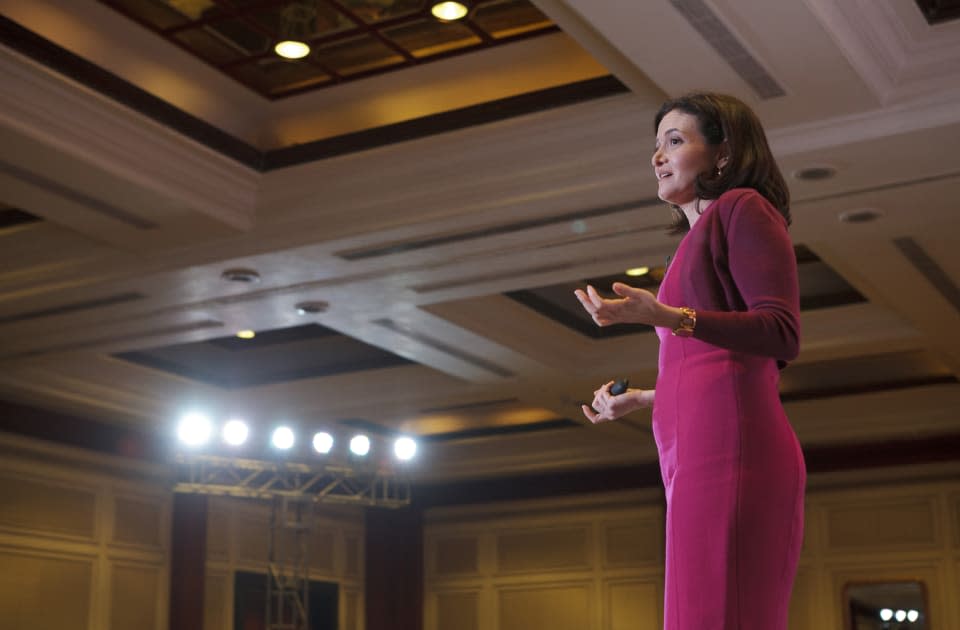 "Meh." It's possible that Facebook COO Sheryl Sandberg was thinking this when speaking at an event in New Delhi. In an interview with NDTV of India, she apologized to users for toying with their emotions in a 2012 experiment. Sandberg went on to admit that the experiment was "poorly communicated." But is she really sorry?

We have our own guesses as to what was running through Sandberg's head during this perfectly timed pic, but we know you can do better. Tweet your own caption at us with the hashtag #SandbergSays and we'll update this post with our favorite picks.

Christopher Trout: "Can we just hug it out?"

John Colucci: "I'm taking these people back to dial up."

Jon Fingas: "What, me worry (about scientific ethics)?"

Kris Naudus: "This dress is toying with your emotions right now."

Timothy J. Seppala: "Meanwhile, everyone else is all like (╯°□°)╯︵ ┻━┻"

You always knew you were a labrat anyway... we just called it out. #SandbergSays @engadget

@engadget Did I do that? #SandbergSays

@engadget #SandbergSays Zuck promised I could swim in his money vault if I did it. Would you say no to that kind of offer? DIDN'T THINK SO.

@johncolucci @engadget #SandbergSays yeeaaahhh! you found out about our experiments... now what you going to do?

In this article: captioncontest, facebook, mashable, sandberg, sheryl sandberg
All products recommended by Engadget are selected by our editorial team, independent of our parent company. Some of our stories include affiliate links. If you buy something through one of these links, we may earn an affiliate commission.