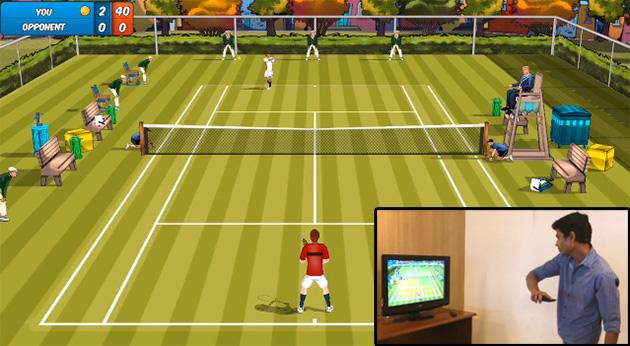 Not sure how you'll use Chromecast's mirroring feature? Well, you could play tennis. About a year ago, Rolocule brought Wii-like gameplay to Apple users with Motion Tennis -- an app that leveraged Apple TV and iPhone AirPlay Mirroring to turn the user's handset into a virtual racket. Now the company is doing the same thing with Google's Chromecast. Using the mirroring feature announced at Google I/O, Rolocule has cooked up an early demo (available after the break) of Motion Tennis on a Nexus 5. The prototype has a noticeable input delay, but it's an excellent proof of concept for gameplay possibilities available to devices with screen mirroring. Don't have a Chromecast dongle? No worries, Rolocule says it's working on Miracast support too, and told Engadget that a public beta will be launching soon. Read on to see the Chromecast version of the game in action.

In this article: chromecast, hdpostcross, mirroring, mobilepostcross, motioncontrol, rolocule, rolomotion, tennis
All products recommended by Engadget are selected by our editorial team, independent of our parent company. Some of our stories include affiliate links. If you buy something through one of these links, we may earn an affiliate commission.