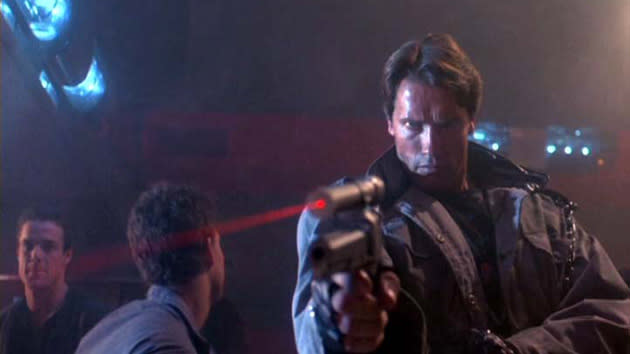 The Connor family may be doing a great job preventing Skynet from becoming self-aware and declaring war on humanity, but Google apparently isn't taking any chances. The internet giant has quietly uploaded a "killer-robots.txt" Easter egg file that tells Terminators to avoid hunting down the company's co-founders, Larry Page and Sergey Brin. There's more to this joke text than stopping murderous automatons from the movies, of course. It's really there to mark the 20th anniversary of robots.txt, the document you put on a site to exclude pages from Google's search crawler. However, it does make us wonder why Google didn't see fit to save people like Andy Rubin or Sundar Pichai -- surely it would expect those behind Android to get some mercy from androids.

In this article: android, easteregg, eastereggs, google, internet, larrypage, robot, sergeybrin, t-1000, t-800, terminator, web
All products recommended by Engadget are selected by our editorial team, independent of our parent company. Some of our stories include affiliate links. If you buy something through one of these links, we may earn an affiliate commission.