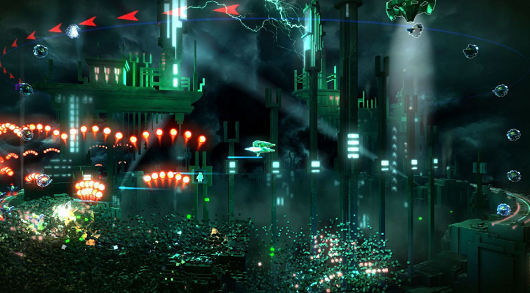 Sony Worldwide Studios president Shuhei Yoshida recently discussed the continued dissonance between the audience's perception and reality of independent games and AAA titles. In particular, he mentioned the download rates of games available for free to PlayStation Plus members.

"I hear complaints [about the lack of AAA games]. I do realize that some people are only interested in big-budget AAA games. I don't really understand those people. I don't know if they've tried some of the indie games and decided they're not interested," said Yoshida to GI.biz. Resogun, Outlast and Towerfall: Ascension are all standout independent games across several genres that were available for free on PlayStation Plus. If you're a member of the service, what's held you back from downloading them? Do you think the focus of next-gen consoles should just be AAA game experiences?
In this article: outlast, playstation, ps4, Resogun, towerfall-ascension
All products recommended by Engadget are selected by our editorial team, independent of our parent company. Some of our stories include affiliate links. If you buy something through one of these links, we may earn an affiliate commission.