Latest in How to disappear

How to Disappear (almost) Completely: a practical guide 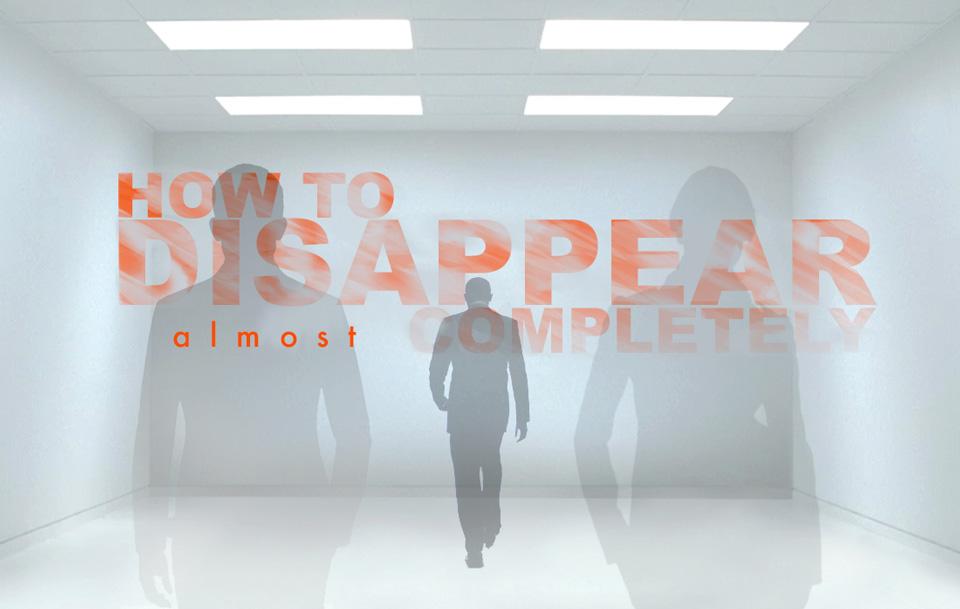 Your day begins at dawn. After all, you are lying in a sleeping bag under the open sky grateful that you haven't: a) been stabbed by a grifter, b) been trampled by a herd of animals or c) contracted hypothermia and frozen to death. Then it's off for a morning routine that involves foraging for food from the land or dumpster diving for edible scraps. If things are pretty tight, and oftentimes they are, then you might even have to rely on your fallback for food-gathering: the five-finger discount. Sound like fun? Maybe not, but that's what life is like for some people after they've willfully crossed over into the digital darkness. Welcome to what it's like living life off the grid.

I know what you must be wondering. How does a journalist get in touch with people who, for political, economic or mental-health reasons, choose to live off the grid? The short answer to that is simple: You don't... normally. In fact, it was only through a few chance encounters that I was able to track down and speak to "Steve" and "Dorothy," two people who live a life outside of modern technology for reasons other than religious dogma. In the interest of protecting their identities, those are not their real names, but still they've chosen to go on record and give us a small peek into their daily lives. Steve's story began a little over a year ago. As he tells it, back then he was the sort of person with a "decent education and good job" that you would have welcomed into your community. Deep in his heart, however, Steve was bored, and despite trying "so many things to be alive," nothing was satisfying him. So, one day, he decided it was time for things to change: "I packed a small bag and went somewhere I'd never been."

Before he did, however, he emailed Ask Engadget -- a weekly thread where people would appeal to our readership for help -- seeking technology to take on a "long-term camping trip." Since I was manning the tips box, I shared his request with the community, utterly unaware of what he was planning. Soon after he'd written in, Steve tore up his credit cards, canceled his apartment lease and became a digital nomad. We wouldn't speak again for nearly a full year.

Barring any severely unpleasant weather that might force him to seek shelter in a hostel, Steve's day begins just as described above. He wakes up outdoors and immediately begins the hunt for food. With his belly filled and provisions secured, Steve then sets off wandering across the United States. He does this mostly by foot, sometimes by road or rail, but really the aim is to get as far away from society as he possibly can. For Steve, living off the grid means one thing: surviving on his wits.

By his own admission, Steve's a loner -- an asocial lifestyle choice that, I imagine, has to eventually wear thin. Still, Steve persists along his chosen, disconnected path. "I made too many sacrifices to live this way," he told me, "but it's changed my view of everything, including the meaning of 'sacrifice.'"

"I made too many sacrifices to live this way," he told me, "but it's changed my view of everything, including the meaning of 'sacrifice.'"

Steve's self-imposed exile from the modern world isn't entirely absolute; he has one lifeline to our hyper-connected online realm: an anonymous Gmail address, which he only checks whenever he wanders back into the urban landscape. Aside from his watch, a Casio F-91W, the only technology he keeps on him is a Samsung Galaxy S II Plus and a 5,000mAh battery. Since there's no actual SIM card inside the smartphone, Steve has to rely on freely available municipal WiFi for a connection. He admits that he uses the phone "for everything I need from technology and from the internet," including accessing Wikipedia, keeping a journal, emailing a few close contacts and watching the occasional YouTube clips. It seems that even this far away from the grid, the desire to keep up with the adventures of Grumpy Cat and Psy's latest music video are somewhat irresistible.

Roughly once every two weeks, when his smartphone and battery have both exhausted their charge, Steve will find a large store with open power outlets to stash both devices for a quick recharge. It's the reason why interviewing him became a long, drawn-out process punctuated by periods of radio silence. Every message would take weeks to produce a response -- responses he often dashed off in fleeting moments of WiFi access. I asked Steve if he was concerned about being tracked, but he said that privacy wasn't a concern, nor was it the reason he took up this lifestyle. "For me, it's not a choice," he said. "You can't simply choose to join it. Like I said, this is the only way that I could feel alive." "Dorothy" tending to her garden in the UK.

If you have a home, a family and an appreciation for hot water and cable TV, then Steve's vagrant lifestyle probably sounds like a living nightmare. Perhaps you'd prefer to meet "Dorothy," a former city executive who once commanded vast sums of money in London's financial district until the stress and pressure of her life began to consume her. In her words: "Life was noisy, and I'd have probably thrown myself under a tube if I'd stayed another minute." It was only by adopting a back-to-basics approach that she was able to achieve any measure of inner peace.

Dorothy lives in a quaint cottage in the English countryside. Her day also begins at dawn, although she sleeps indoors in her own bed. But the creature comforts end there. "Once I've strip-washed," she told me, "It's off to [a local grocer], where I grab food for the day." Not having any power means that there's no fridge, freezer or cooker, so Dorothy's hot water, heat and food all have to come from a beaten-up, wood-fired AGA cooker, which has to be run throughout the year. After she's returned from the grocer, she's got to chop the logs required to run her cooker-cum-water heater, which are dropped off by a kindly farmer who lives nearby.

"Life was noisy, and I'd have probably thrown myself under a tube if I'd stayed another minute."

Outside Dorothy's cottage is a patch of land that she's set up as her own personal farm. Though she can't sustain her entire lifestyle from this plot, she can at least supplement her diet with freshly grown vegetables. Around the back, some apple trees, left over from the previous occupant, enable her to cook desserts, and even experiment with some homemade cider making. As there's no microwave or freezer, all of Dorothy's meals have to be freshly made every day. That means she's always "[cooking] a proper meal for dinner." It's a time-consuming and arduous process that occupies a large chunk of her everyday routine.

Living like this doesn't exactly pad Dorothy's bottom line, leaving her with no choice other than to make repairs on the house all by herself rather than calling on contractors. With a limited budget, she's also unable to go out and buy clothes when she wants, so her evenings are frequently spent sewing up holes or making new clothes altogether by hand. You may ask why anyone would choose such a meager existence, but for Dorothy, it was the only way she could reasonably carry on with her life. An off the grid lifestyle affords "Dorothy" rare moments of downtime.

In her previous life, Dorothy was wedded to her Blackberry the way most of us are hopelessly glued to our smart devices. And she only grudgingly returned it the day she left her job for good. Now, however, there is no phone line, television or smartphone to distract from her daily life. "There's no downtime" as a result of that, she told me, and the idea of sitting down in front of the TV with takeout, to her, is a dream she's not likely to relive ever again. In fact, her only companion is a wind-up radio permanently set to BBC Radio 3, serving as her one link to the outside world.

Dorothy seems grateful to no longer be a member of our connected generation. And when I explained to her the extent of the surveillance carried out on the citizens of the internet -- the aftershock of all those PRISM revelations -- she responded the only way someone living their best life off the grid could: with a roll of her eyes.

In this article: How To Disappear, how to live off the grid, howtodisappear, HowtoDisappearalmostCompletely, howtoliveoffthegrid, HTD, living off the grid, livingoffthegrid, NSA, Off-Grid Living, OffTheGrid, Privacy, Surveillance
All products recommended by Engadget are selected by our editorial team, independent of our parent company. Some of our stories include affiliate links. If you buy something through one of these links, we may earn an affiliate commission.