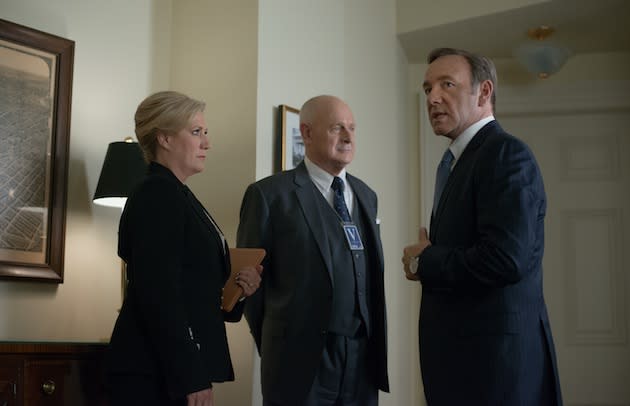 One of the most frustrating parts of trying to go legit with your movie watching is being restricted by Hollywood's windows and geofences that limit what's available to watch in your area. Of course, a network of third parties provide tools to help users go around and through the blocks, but now an ISP is taking the unusual step of getting directly involved. For the last year, New Zealand's Slingshot has offered a Global Mode VPN feature marketed for use by visitors from the US or UK. As a not-so-secret side effect it also let Kiwis pull in streams from the likes of Netflix, Amazon Prime, Hulu and BBC iPlayer, but that wasn't mentioned -- until now. Slingshot General Manager Taryn Hamilton confirmed to the New Zealand Herald that "No beating around the bush. This is to watch Netflix," ending the ruse and opening it to all subscribers for free.

Slingshot has unlocked the internet! Check out the @nzherald article below about turning on Global Mode for everyone! http://t.co/UVpC5eEcXl

Questions raised by the move start with whether or not this will cause providers to reinforce their walls -- Hulu started blocking VPN users recently -- or if the local video providers that have the rights to the content will mount a legal charge. Not coincidentally, the change in advertising arrives just as competing ISP Telecom New Zealand is launching an internet video service of its own for $15 per month, and rumors suggest Netflix will launch an Australian service soon. Both of those will probably have fewer viewing options than services from the US or UK, giving Slingshot an advantage. New Zealand ISP Fyx tried a similar strategy for a few weeks in 2012 before withdrawing the service, we'll see if support from local consumer groups like Choice help this one last any longer.

In this article: AmazonPrimeInstantVideo, hdpostcross, hulu, iplayer, netflix, NewZealand, slingshot, vpn
All products recommended by Engadget are selected by our editorial team, independent of our parent company. Some of our stories include affiliate links. If you buy something through one of these links, we may earn an affiliate commission.