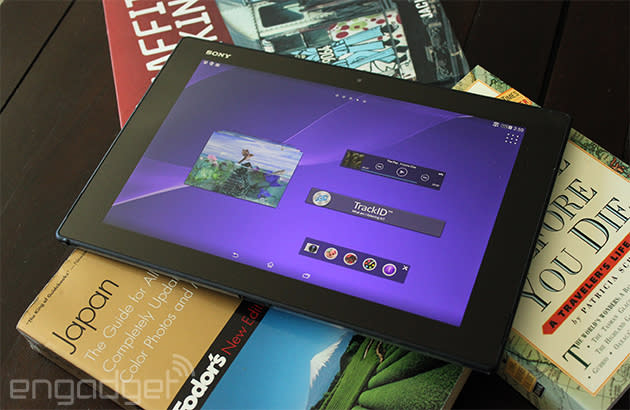 We already knew Sony would eventually release an LTE version of its super-thin, waterproof Xperia Z2 Tablet; we just had no idea which network it would work on. Turns out, the lucky winner is Verizon. That's right, the Z2 Tablet is going to be a Big Red exclusive here in the states, at least for now. That's something of a departure for Sony: the last-gen Tablet Z was compatible with both AT&T and T-Mobile. In any case, regardless of whether you're already a Verizon customer, you can pre-order one tomorrow for $600, sans contract (shipments are expected to start next week, on July 17th). If you place your pre-order early enough, Verizon will also throw in a free noise canceling headset, while supplies last. For a limited time, too, you can buy the tablet for $500 with a new two-year agreement, but let's be real: Smart shoppers don't lock themselves into new service contracts just to get a 4G tablet.

In this article: mobilepostcross, sony, verizon, VerizonWireless, xperia z2, xperia z2 tablet, xperiaz2, xperiaz2tablet, z2, z2 tablet, z2tablet
All products recommended by Engadget are selected by our editorial team, independent of our parent company. Some of our stories include affiliate links. If you buy something through one of these links, we may earn an affiliate commission.