Microsoft OneDrive will use AI to make searchable video transcripts 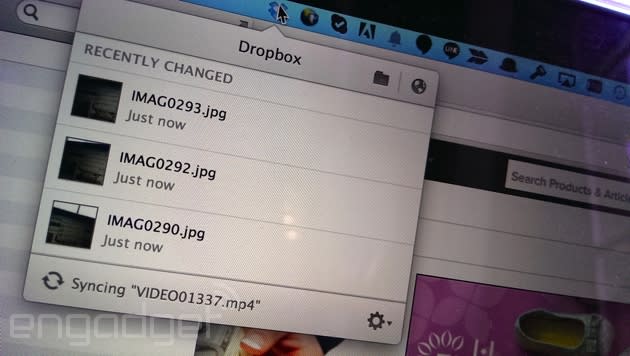 Cloud storage service Dropbox has announced a feature called Streaming Sync, which promises to improve the way its platform handles the syncing of large files. Thanks to Streaming Sync, which is part of a revamped desktop client, users will get a major speed boost when syncing any file over 16MB -- up to twice as fast as any regular sync, according to the company. Dropbox notes that it was able to accomplish this by overlapping the upload and download phase of the file synchronization, meaning it can use its servers to push the data to your device, rather than letting your smartphone, tablet, laptop or desktop do all the work. Along with Streaming Sync, Dropbox also brought support for four additional languages to the app, as well as the ability to view your most recent account activity via a new notifications menu.

In this article: Cloud Storage, CloudStorage, Dropbox, Streaming Sync, StreamingSync, Syncing
All products recommended by Engadget are selected by our editorial team, independent of our parent company. Some of our stories include affiliate links. If you buy something through one of these links, we may earn an affiliate commission.