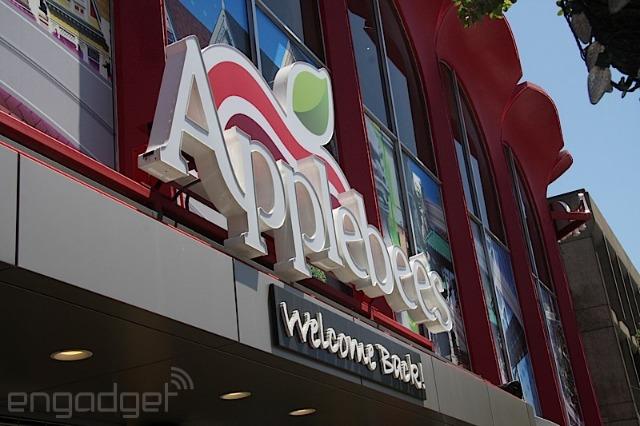 For awhile, Applebee's wanted its customers to be using more tech at the dinner table -- embedding tablets throughout its restaurants. Then third-parties caught on and created Applebee's specific social networks. Now the restaurant seems to be backing away from the future of devices-assisted eating, and has filed a trademark application for "No tech Tuesday." In all seriousness, Applebee's wouldn't be the first restaurant to try and keep its customers focused on each other instead of their phones, but a "No tech Tuesday" promotion could make it the first to implement such a policy on a large scale. Still, the gimmick will be a hard sell at restaurants that have already installed the aforementioned table tablets.

In this article: app, applebees, ios, mobilepostcross, smartphones, whatsapplebees
All products recommended by Engadget are selected by our editorial team, independent of our parent company. Some of our stories include affiliate links. If you buy something through one of these links, we may earn an affiliate commission.