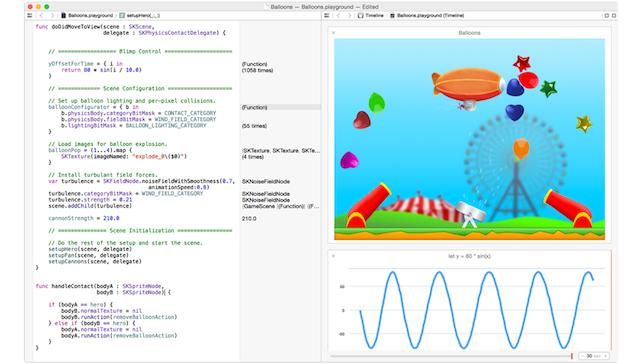 The introduction of Apple's programming language Swift at WWDC represents a departure from tradition in several ways. If an entirely new coding dialect wasn't enough, last week the company also launched a blog specifically focused on Swift. The new blog is aimed at developers working to adopt Swift, delivering tips and tricks to ease the learning curve.

Any gesture of glasnost from Apple is newsworthy -- but something about the Mac Observer's headline Apple Launches Swift Developer Blog, Its First Ever Blog didn't ring quite right. As Macworld's story points out, Apple's Developer Connection site has included a blog for quite some time, even if the overall tone was more "bulletins from headquarters" and less "fireside chat." There are also developer-centric blogs that come under Apple's ownership umbrella (although they don't live on the apple.com domain) for both Safari's Webkit engine and the Mac OS Forge open source projects hub.

What if we scan even further back into the mists? Indeed, there have been several past appearances of "official" Apple blogs for some segments of the company's business. In 2008, we saw the launch of an official MobileMe blog (which initially boiled down to "Sorry, our bad" in light of the CEO's reaction to the less-than-stellar online product). That site continued to see intermittent posts until 2011 and the beginning of the iCloud transition.

Before there was MobileMe, there was .Mac, and naturally that included a .Mac blog of tips and tricks. That site first appeared in 2006... and then ceased updating later in 2006, from January to July to be specific.

Neither of those sites, however, beat out the earliest Apple-hosted official blog I've been able to spot: the Apple Education blog, founded in November of 2004 and featuring a rotating cast of student authors. The honor of being the first contributor went to a recent University of Colorado at Boulder grad and newly minted Apple hire, one Dave Morin... whom you may have heard of: he's now the co-founder and CEO of Path. This blog actually made it past its first anniversary, with the final post coming in December of 2005.

With luck and dedication, the Swift blog may indeed escape the "Apple official blog curse" and celebrate several birthdays. We're rooting for it. Meanwhile, if you know of an earlier Apple blog, let us know in the comments!

In this article: apple, blog, dotmac, education, mobileme, official, swift, vintage
All products recommended by Engadget are selected by our editorial team, independent of our parent company. Some of our stories include affiliate links. If you buy something through one of these links, we may earn an affiliate commission.