DARPA turns drone ship development over to the Navy 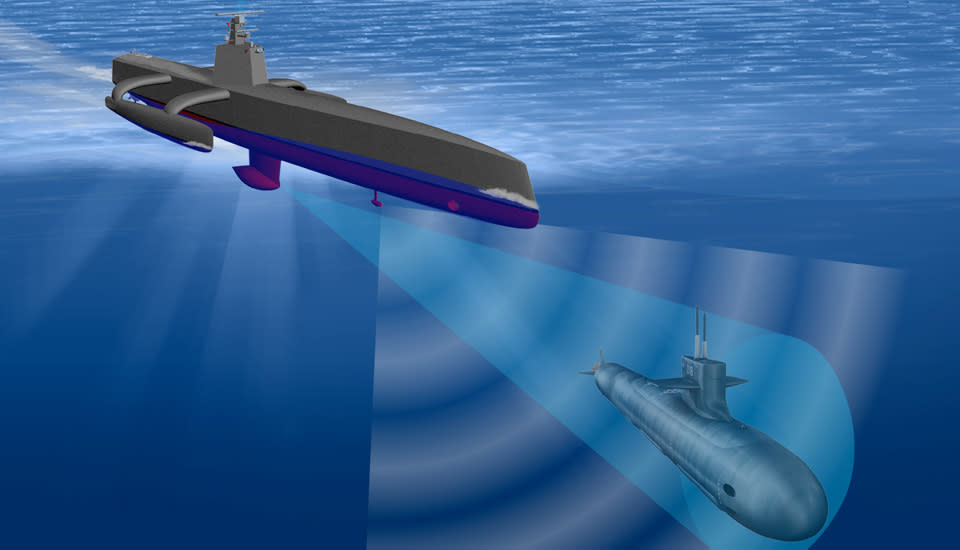 Remember DARPA's aquatic drone that would roam the oceans, hunting down stealthy enemy submarines? Defense contractor Leidos has announced that construction has begun on the first of the fleet, with test cruises expected to begin at some point in 2015. Thanks to both a lack of crew facilities and a modular design, the ACTUV is expected to only take around 15 months to build. With no human operators, however, the drone's artificial intelligence needs to be rock solid to ensure it doesn't kick off another world war. That's why DARPA's been crowd-sourcing amateur submarine tacticians for their ideas with its ACTUV Tactics Simulator game. Yes folks, that time you recreated The Hunt for Red October in a simulation game is now locked inside the Navy's latest weapon. Sleep tight.

In this article: ACTUV, Boat, DARPA, Defense, Drone, Leidos, Military, Submarine, Water
All products recommended by Engadget are selected by our editorial team, independent of our parent company. Some of our stories include affiliate links. If you buy something through one of these links, we may earn an affiliate commission.