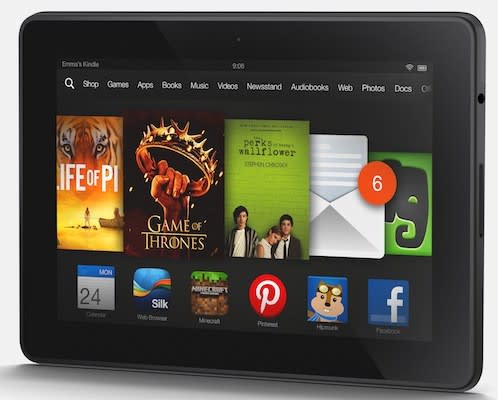 Amazon's video service is well-rounded, with both video-on-demand selection and Prime all you can eat viewing, but there's one big hole -- Android. Even though Amazon has apps for its Android-based Kindle family of devices (along with iOS, game consoles, Roku and other TV boxes), the rest of the Android family tree is left out of the party. That could change soon however, as PC Advisor reports Amazon UK Marketing & Merchandising Director said that an app for the platform is "imminent." The news came at the firm's Christmas show (yes, in July, just go with it), however it's unclear if it will apply to both phones and tablets. He also indicated that work on 4K content is progressing, confirming what we'd heard at CES, but there's no word on when the high-res video will hit Amazon's service. Despite repeated attempts to contact Amazon PR in the US and UK we have not received a response concerning the report, but if an app arrives soon it would help make Amazon a much better competitor against the likes of Netflix and Hulu.

In this article: amazon, AmazonInstantVideo, android, hdpostcross, mobilepostcross, PrimeInstantVideo
All products recommended by Engadget are selected by our editorial team, independent of our parent company. Some of our stories include affiliate links. If you buy something through one of these links, we may earn an affiliate commission.