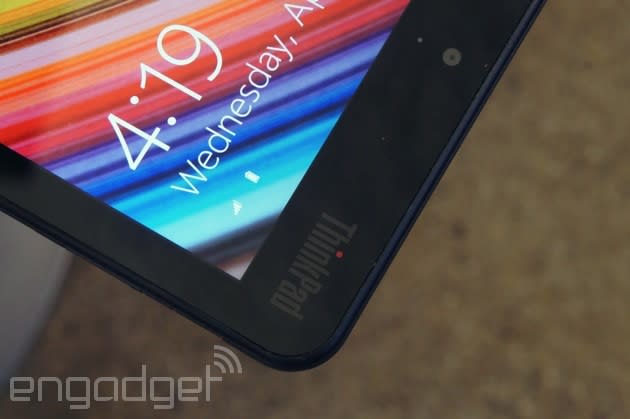 Lenovo has pulled all of its smaller Windows tablets from US shelves, citing a lack of demand. The world's largest Windows computer maker had two models on the market: the 8-inch, stylus-equipped Miix 2 and the ThinkPad 8. A spokesman told PC World that it'll shuttle remaining stock of both of those models over to developing countries where "demand has been much stronger." Lenovo will continue to sell all its other Windows-based tablets stateside, like the 10-inch Miix 2 convertible and ThinkPad 10, saying those models are selling well stateside. It's fair to say consumers won't miss the ThinkPad 8 anyway, as the model was saddled with terrible battery life and other issues. Ironically, Microsoft recently made Windows free for devices 9-inches in size or smaller -- but clearly the price was just one issue consumers had with small Windows tablets.

Update: Or maybe not. In a new statement posted to its website, Lenovo says "we are not getting out of the small-screen Windows tablet business as was reported by the media." Apparently it is no longer selling the ThinkPad 8 in the US, and the Miix 8-inch is sold out, but the plan is to still have 8- and 10-inch tablets this holiday, in the US and elsewhere.

In this article: 8-inch, lenovo, PC, Sales, Tablets, US, Windows
All products recommended by Engadget are selected by our editorial team, independent of our parent company. Some of our stories include affiliate links. If you buy something through one of these links, we may earn an affiliate commission.