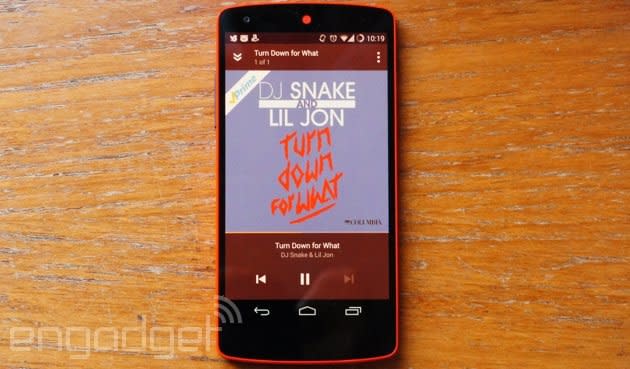 Amazon's recently announced music service for Prime members just got a bit better. Today, the giant online retailer revealed that its Prime Music library is welcoming a bunch of new songs into the mix, from artists such as Miles Davis, Ray Charles, Kendrick Lamar, Shakira, Skrillex, Ella Fitzgerald, DJ Snake & Lil Jon (#TD4W, anyone?) and many, many more. To make use of these newly added tunes, Amazon said it has curated "hundreds" of fresh Prime Playlists, citing this feature as one users have come to love since the service's launch last month. Amazon will need to keep making similar moves if Prime Music is to be a threat to the likes of Spotify, so this is, without a doubt, a step in the right direction. The next natural step would be expanding outside of the US, but record labels might make that a lot more complicated than it sounds.

In this article: Amazon, Amazon Prime, Amazon Prime Music, AmazonPrime, mobilepostcross, Music, Prime Music, PrimeMusic
All products recommended by Engadget are selected by our editorial team, independent of our parent company. Some of our stories include affiliate links. If you buy something through one of these links, we may earn an affiliate commission.