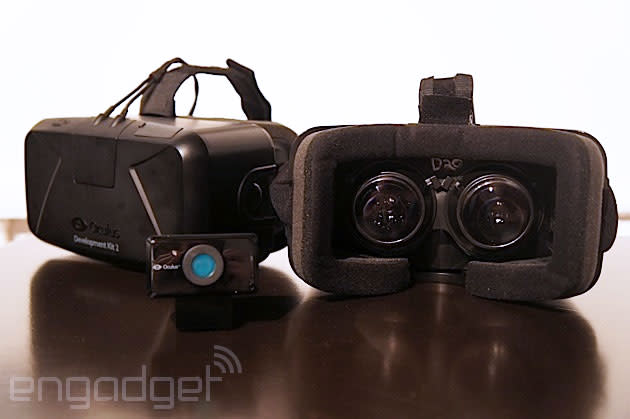 We were expecting to see the new iteration of the Oculus Rift arrive on developer's doorsteps earlier this month, but unfortunately it hit a couple of delays. Road to VR points out a Reddit thread where pre-orderers confirmed their credit cards have been charged ahead of shipping. Community manager cyberreality confirmed in the thread that it's happening, and the "DK2" hardware we (and Mark Zuckerberg) were so impressed by is ready to roll. The initial production run is only supposed to cover some 10,000 of the 45,000 units ordered, so for some your wait is just beginning (until next month). In the meantime, you can check out our hands-on video of the latest and greatest in virtual reality after the break (or the new X-Men related Comic-Con demo) -- hopefully Sony's Project Morpheus team responds to this as quickly as they did on Blu-ray 3D. In this article: dk2, facebook, hdpostcross, oculus, OculusRift, oculusvr, shipping, timeline16oculusrise, video, VirtualReality
All products recommended by Engadget are selected by our editorial team, independent of our parent company. Some of our stories include affiliate links. If you buy something through one of these links, we may earn an affiliate commission.