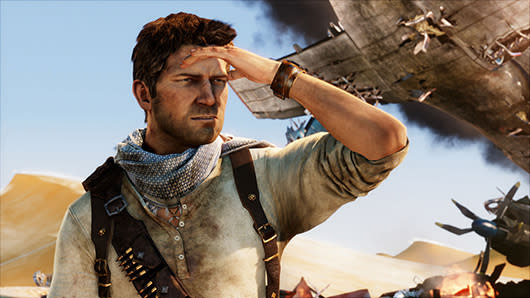 According to Deadline, that release date was originally earmarked for The Amazing Spider-Man 3, but the studio has decided to delay that film to 2018. "June 10 is a great date for Uncharted," said Doug Belgrad, president of Sony Pictures Motion Picture Group. "It's just the right place for this exciting action-adventure film." Despite this newly-revealed launch date, the Uncharted film has yet to cast an actor for the role of Nathan Drake, though Deadline believes Sony is once again trying to persuade Mark Wahlberg to sign on.

As we reported earlier this year, King of Kong director Seth Gordon has been tapped to helm the adaptation, though, knowing Hollywood, there's still plenty of time for that to change.
[Image: Sony]
In this article: seth-gordon, sony-pictures, Uncharted, Uncharted-1, Uncharted-Drakes-Fortune, uncharted-movie
All products recommended by Engadget are selected by our editorial team, independent of our parent company. Some of our stories include affiliate links. If you buy something through one of these links, we may earn an affiliate commission.