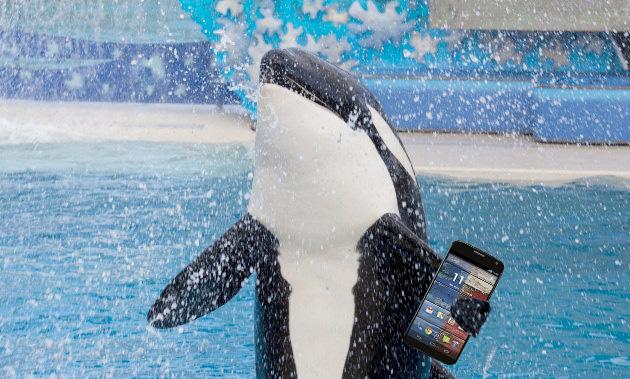 Don't get too excited, but rumors are starting to break regarding Google's sixth Nexus phone: an oversized handset codenamed "Shamu." According to Android Police, the device is rumored to be a 5.9-inch handset made by Motorola -- leveraging Google's tradition of naming Nexus devices after sea creatures as a clever way to hint at the phone's size. Supposedly, this device will surface in November with a fingerprint scanner. Sadly, there isn't a lot of evidence floating around for this one: just a Google error report and a bit of good faith.

While Android Police says it's not comfortable with showing its source information in its original form, the rumor get some credit for appearing in Google's issue tracker: "Shamu" is listed in the build number for a Android L HTTPS bug. It's probable that this really is the code name for a new Nexus, but the specifics are still unclear. That said, The Information is also reporting a phablet-sized device between Google and Motorola -- one that may even include always-on voice control. Neat rumors to mull over -- just keep it salty until we hear something official.

In this article: 5.9-inch, Android L, google, motorola, nexus, phablet, phone, shamu, tablet
All products recommended by Engadget are selected by our editorial team, independent of our parent company. Some of our stories include affiliate links. If you buy something through one of these links, we may earn an affiliate commission.