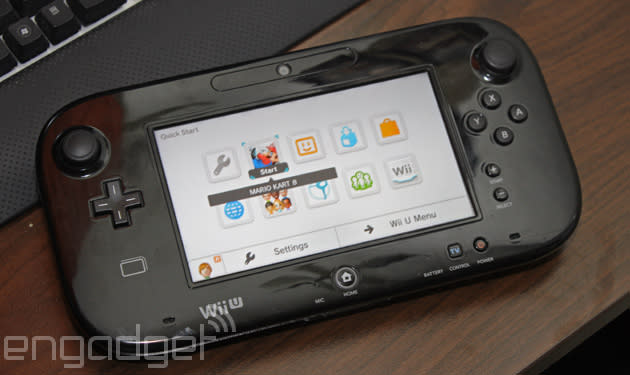 Mario Kart on the Wii U is really good. Unfortunately it's just one game -- and it looks like it won't be enough to rescue the Wii U's sales. Nintendo apparently agrees, stating that its 9.9 billion yen loss was due to a lack of hit titles outside of the flagship racer. Matter-of-factly, Nintendo said:

Which is, well, exactly how you work out an operating loss. The company is now betting on the power of Super Smash Bros. as well as the best-selling Pokemon series to improve results later this year. Wii U console sales have improved in the Americas and Europe: 510,000 units were sold worldwide in the last three months, compared to 160,000 in the same period last year. In Japan, however, Wii U sales have decreased year-on-year. Revenue was 8.8 percent higher than the same period last year and Nintendo is hoping its plans for a series of console-connected toy figurines along the lines of the hit Skylanders series will help to improve that bottom line.

Mario Kart 8 managed to sell 2.82 million copies so far, meaning that relative to Wii U console sales, most players already had the games console to play it on -- and that it wasn't quite enough to convince other consumers to buy what could possibly be a second console.

In this article: mariokart, mariokart8, nintendo, sales, wii, wiiu, wowowowowo
All products recommended by Engadget are selected by our editorial team, independent of our parent company. Some of our stories include affiliate links. If you buy something through one of these links, we may earn an affiliate commission.