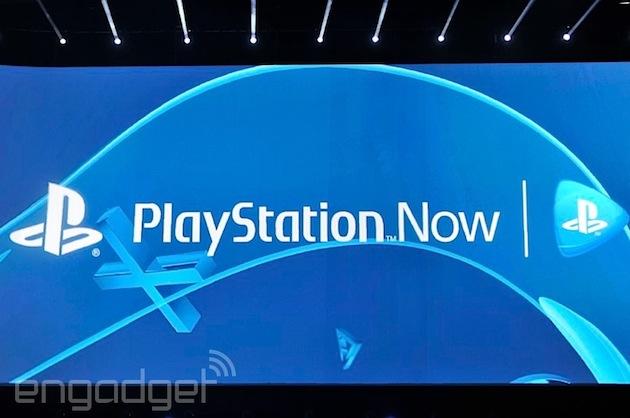 Sony's had limited tests of its cloud-based gaming service running for the last few months, but it's taking PlayStation Now to the next level tomorrow by letting anyone with a PS4 (that's in the continental US or southern Canada) join in. There's a new blog post and video up now telling gamers what to expect: PS3 games, cloud saves, trophies, and "a variety of rental periods" depending on the game. As far as an all-you-can-eat option following the lead of Netflix or EA's just-announced EA Access -- that Sony doesn't think you need -- Sony reaffirmed that it's working on a subscription option for PS Now, but didn't provide any more details. As for how much it costs now, there will be four-hour rentals for $2, as well as 7-, 30- and 90-day options for between $3 and $20, across a library of more than 100 titles. You can check out our hands-on impressions from CES after the break, or check out Sony's website for more information like which games are available (Metal Gear Solid V, Ratchet and Clank: Into the Nexus, Ultra Street Fighter IV and more.)

In this article: gaikai, hdpostcross, Playstation4, playstationnow, ps4, psnow, sony, video
All products recommended by Engadget are selected by our editorial team, independent of our parent company. Some of our stories include affiliate links. If you buy something through one of these links, we may earn an affiliate commission.