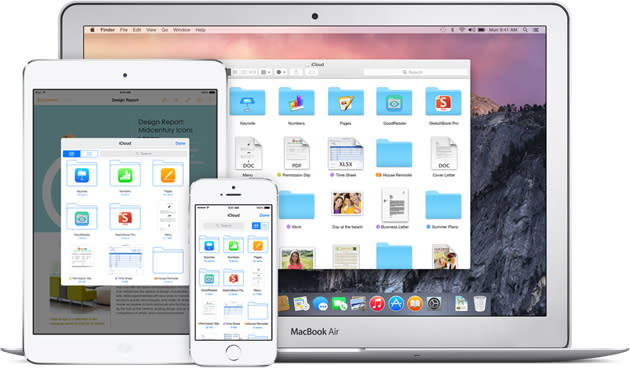 If you're an iOS or Mac user, your downloads and streams are going to improve in the near future -- if they haven't already. Apple has quietly switched on its own content delivery network (CDN), letting it deliver files directly instead of leaning on services from Akamai and Level 3. The change gives the folks in Cupertino a ton of headroom, according to Frost & Sullivan analyst Dan Rayburn. In addition to offering "multiple terabits per second" of bandwidth, Apple has clearly struck Netflix-like connection deals that link it directly to internet providers. If all goes well, you should get speedy app updates and media streams even when the internet is extra-busy.

Don't expect to see upgrades across the board, at least not right away. Rayburn has only seen the CDN handling OS X-related downloads, so it could be a while before it's taking on your iPhone backups or iTunes movie rentals. He also suggests that Apple is unlikely to completely forego third-party help. Given that Apple is getting serious about cloud storage in iOS 8 and OS X Yosemite, though, it won't be surprising if the company puts more services on its own network and (hopefully) provides a smoother experience.

In this article: apple, cdn, contentdeliverynetwork, icloud, iclouddrive, interconnect, ios, itunes, itunesradio, mac
All products recommended by Engadget are selected by our editorial team, independent of our parent company. Some of our stories include affiliate links. If you buy something through one of these links, we may earn an affiliate commission.