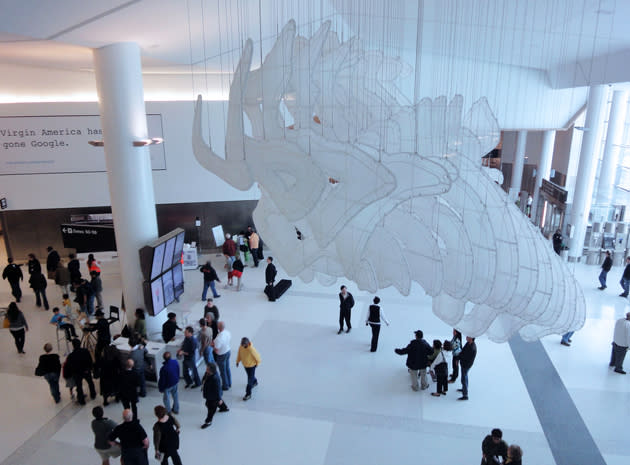 San Francisco International is about to make life decidedly easier for blind and visually impaired travelers. The airport has teamed up with Indoo.rs to unveil a Bluetooth beacon system that will help these passengers find their way through Terminal 2 using only their phone. When users walk past one of the 500 transmitters, their devices will announce nearby points of interest; they can find flight gates, ATMs, information desks and power outlets without asking for help. An early version of the necessary app also has a directory for sighted visitors.

The guide technology only works on iOS devices so far, but The Verge understands that it will eventually support Android-toting guests as well. Indoo.rs expects the service to be available either late in the third quarter or early in the fourth (think September or October), although you won't want to plan trips around that estimate -- it's up to SFO to flip the switch. Whenever the beacons are ready for action, they should give many fliers a new level of independence.

In this article: airport, android, blind, ibeacon, ios, iphone, mobilepostcross, sanfrancisco, SanFranciscoInternationalAirport, sfo, transportation, travel, visuallyimpaired, voiceover
All products recommended by Engadget are selected by our editorial team, independent of our parent company. Some of our stories include affiliate links. If you buy something through one of these links, we may earn an affiliate commission.