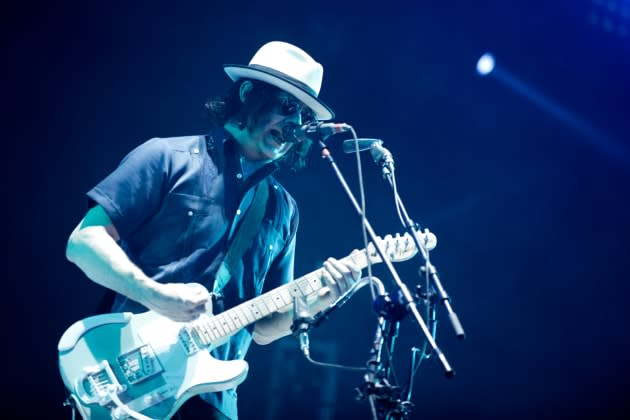 Since its release in early June, Jack White's Lazaretto Ultra LP has sold 238,000 copies -- making it the most popular vinyl release of the year. That tally also earns the artist's second solo album the best-selling record of any year since Pearl Jam's 1994 effort Vitalogy. Billboard also reports that number two on the vinyl sales chart for 2014 is Arctic Monkeys' AM with 29,000 units sold and Daft Punk's popular Random Access Memories sold the most in 2013 with 49,000. Of course, Mr. White adds this accolade to a trophy case that includes a Guinness World Record for the fastest release awarded back in April.

In this article: audio, jackwhite, lazaretto, lp, ultralp, vinyl, vinylrecords
All products recommended by Engadget are selected by our editorial team, independent of our parent company. Some of our stories include affiliate links. If you buy something through one of these links, we may earn an affiliate commission.