Watch the version of 'Star Wars' that George Lucas hates 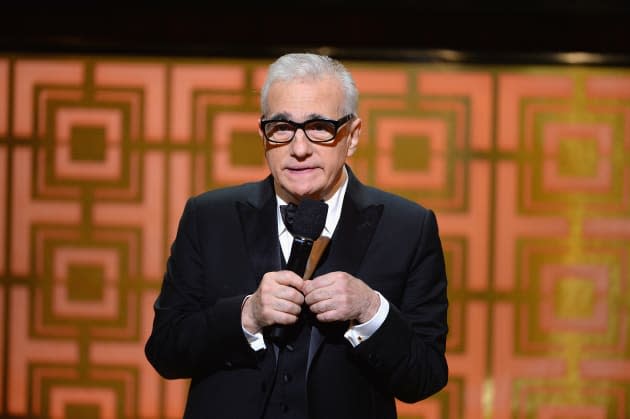 Saving celluloid film is a big deal for many reasons, and the movement recently got another major voice in its corner. Legendary director Martin Scorsese (Raging Bull, Goodfellas, Casino) has come out in support of the Hollywood coalition to save Kodak. In a statement spotted by First Showing, Scorsese notes the advantages of shooting digitally (like lighter and cheaper cameras), but fervently details why film needs to continue to exist, likening the medium to paintings.

"Would anyone dream of telling young artists to throw away their paints and canvases because iPads are so much easier to carry? Of course not."

He also echoes the fact that film is the only way to reliably archive and preserve the history of cinema. Something that, say, an all-digital medium like video games doesn't have afforded to it. For the full statement from one of Hollywood's greatest living talents, as well as a snippet of his interview from Side by Side where he speaks on this very topic, scroll down a bit.

We have many names for what we do – cinema, movies, motion pictures. And...film. We're called directors, but more often we're called filmmakers. Filmmakers. I'm not suggesting that we ignore the obvious: HD isn't coming, it's here. The advantages are numerous: the cameras are lighter, it's much easier to shoot at night, we have many more means at our disposal for altering and perfecting our images. And, the cameras are more affordable: films really can be made now for very little money. Even those of us still shooting on film finish in HD, and our movies are projected in HD. So, we could easily agree that the future is here, that film is cumbersome and imperfect and difficult to transport and prone to wear and decay, and that it's time to forget the past and say goodbye – really, that could be easily done. Too easily.

It seems like we're always being reminded that film is, after all, a business. But film is also an art form, and young people who are driven to make films should have access to the tools and materials that were the building blocks of that art form. Would anyone dream of telling young artists to throw away their paints and canvases because iPads are so much easier to carry? Of course not. In the history of motion pictures, only a minuscule percentage of the works comprising our art form was not shot on film. Everything we do in HD is an effort to recreate the look of film. Film, even now, offers a richer visual palette than HD. And, we have to remember that film is still the best and only time-proven way to preserve movies. We have no assurance that digital informaton will last, but we know that film will, if properly stored and cared for.

Our industry – our filmmakers – rallied behind Kodak because we knew that we couldn't afford to lose them, the way we've lost so many other film stocks. This news is a positive step towards preserving film, the art form we love.

In this article: celluloid, cinema, film, filmmakers, hdpostcross, kodak, MartinScorsese
All products recommended by Engadget are selected by our editorial team, independent of our parent company. Some of our stories include affiliate links. If you buy something through one of these links, we may earn an affiliate commission.