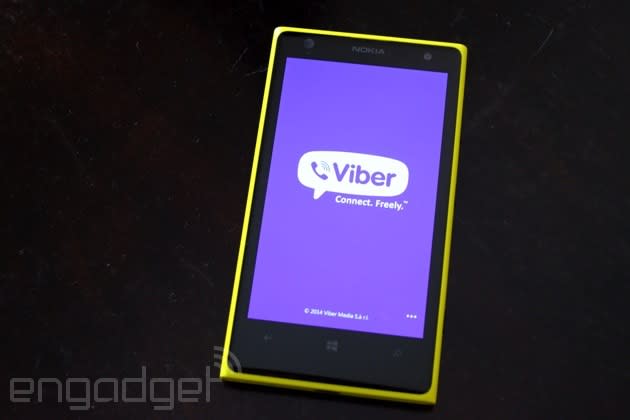 Internet calling is what Viber's mostly known for these days, although the Rakuten-owned service does invest heavily in the messaging side of things, too. Hold & Talk (aka push-to-talk), for example, allows Viber users to send quick voice messages to each other, with the touch of a button. And now, nearly eight months after it came to iOS and Android, the feature is ready to grace Windows Phone 8 handsets. This means contacts can communicate between themselves almost instantly, in a Snapchat-like way but with voice messages rather than pictures. Viber also made some design changes to the application, which brings the looks of it more in line with Microsoft's desired guidelines after that WP 8.1 software refresh. Your move, Skype.