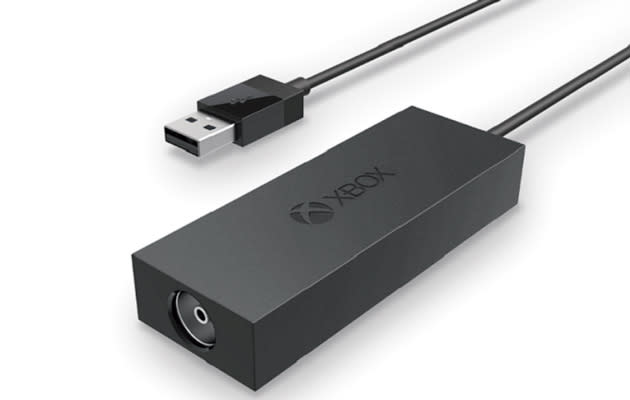 When Microsoft launched the Xbox One, prospective buyers outside of the US wondered how its TV features would work in countries, like most of Europe, that still predominantly used over-the-air transmissions. The long, slightly awkward silence that followed has now been broken, with the company producing the Xbox One Digital TV Tuner. The gear is reasonably simple, converting coaxial signals at one end to a USB port that connects to the console on the other. The gear will enable people who don't have HDMI-enabled cable boxes to watch HDTV, pause broadcasts and even use voice commands -- assuming, that is, that you have a Kinect. It'll launch towards the end of October, priced at £25 in the UK and €30 in France, Italy, Germany and Spain.

In this article: Digital TV Tuner, hdpostcross, microsoft, Xbox One
All products recommended by Engadget are selected by our editorial team, independent of our parent company. Some of our stories include affiliate links. If you buy something through one of these links, we may earn an affiliate commission.