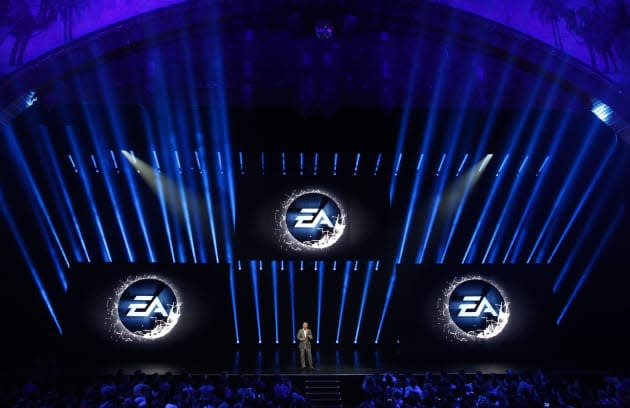 So you're excited about the prospect of paying one low fee for all-you-can-eat, erm, access to a swath of Electronic Arts' games on Xbox One, yeah? Well the outfit has a few new details that might make its EA Access service a bit more enticing. For starters, any games on tap in "the Vault" won't disappear once they've been added. That means that Battlefield 4, Madden 25, Peggle 2 and FIFA 14 from the beta aren't going anywhere, EA's COO Peter Moore tells CVG. He also says that additional AAA games will be en route, but that EA hasn't quite figured out the specifics of when just yet. Moore notes that the Vault's catalog will be "substantial" and that new, permanent, additions to it will be determined based on franchise and timing. "We have to make decisions along that way, so there's no template, like 30 days after a game ships it goes into the Vault," he says. Could EA be preparing the Vault for Titanfall? We'll have to wait and see.

In this article: battlefield4, ea, eaaccess, fifa14, gaming, hd, hdpostcross, madden25, petermoore, xboxone
All products recommended by Engadget are selected by our editorial team, independent of our parent company. Some of our stories include affiliate links. If you buy something through one of these links, we may earn an affiliate commission.