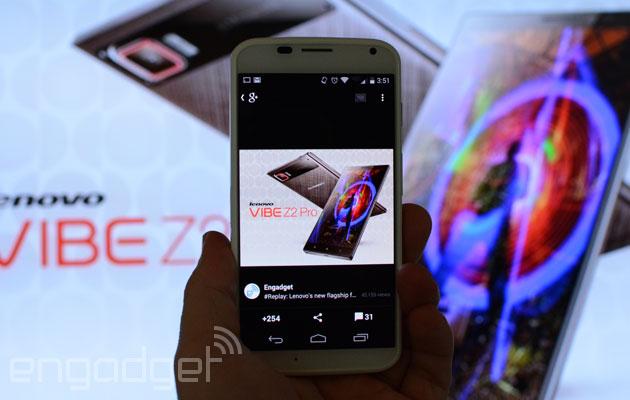 Just when you think the Chromecast can't get any better, it does. So, with more and more services offering support for the diminutive (and very cheap) device, it's only natural for Google to make its own apps work better with it. To that end, Google+ on Android now lets you display photos from your social stream on a nearby television, thanks to a newly added button in the search giant's networking application. Technically, doing that was already (sort of) possible with Android's screen mirroring on Chromecast, but this is something actually designed to be viewed on a TV. Once it starts casting, the Google+ app can cycle through posts from your feed and put them in a loop -- that said, you also have the option to pause, in case there's a photo you really like and want to use as a wallpaper of sorts. Right now, the feature appears to be limited to Android, though it wouldn't surprise us to see it come to the iOS version of the app later on.

In this article: Chromecast, Google Chromecast, Google+, GoogleChromecast, GooglePlus, hdpostcross, mobilepostcross, social network, socialnetwork
All products recommended by Engadget are selected by our editorial team, independent of our parent company. Some of our stories include affiliate links. If you buy something through one of these links, we may earn an affiliate commission.