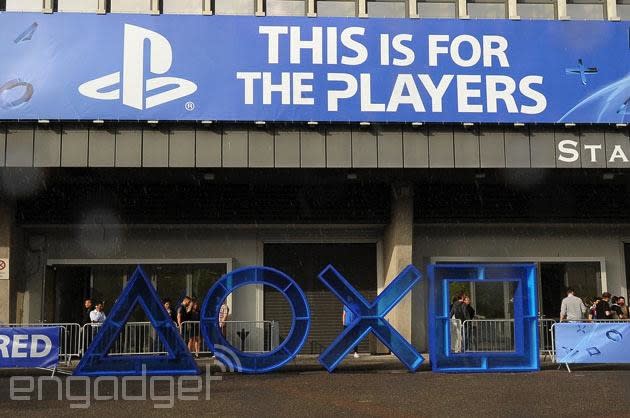 At the game industry's annual United States trade show, the Electronic Entertainment Expo, the big three console makers battle it out for your attention. At Gamescom -- the world's largest gaming trade show which draws around 350K people -- it's kind of Sony's show. Sure, Microsoft has an event. And hey, this year there were some pretty big announcements at Microsoft's event. But Europe is Sony territory, and this is the show where PlayStation is wont to make some big waves. Join us right here at 1PM ET for the whole event as it unfolds, live from Cologne, Germany.

In this article: gamescom2014, hdpostcross, liveblog, playstation, playstation4, playstationvita, ps4, psvita, sony
All products recommended by Engadget are selected by our editorial team, independent of our parent company. Some of our stories include affiliate links. If you buy something through one of these links, we may earn an affiliate commission.